This has got to be the worst idea I ever had on this site. Not this list here, the one I made that I just generally called “Albums TheTopTens User Martin Canine Considers His Favorites”. As if the items on the list were set in stone and my opinion would never change. Actually, it already did kind of change in the few months in between. Do you know when you just got an album a few days ago and it absolutely blows you away but then it wears off a few weeks later? Or in turn if you listen to an album, think it’s quite good and that’s it, but you keep on listening to it again and again - and all of a sudden you truly love it? Or maybe you are right now in a mood where you like certain genres or artists simply more than others? All of these are reasons why such lists are never constant. Apart from the fact that you constantly discover new albums, and many of which you grow to love.

Now I decided to update my original list. You will find many albums from it on here as well, as well as some I exchanged. Some positions have changed very much. This list will contain a fair deal of music you won’t like. And even worse: it will contain music that you love but ranks way lower than the music you hate. But this is my personal list.
What does it take for a record to make it onto the list? The album has to really please me. Duh. That’s all there is to it. Whether this is reached by excellent musical quality, deep sociocritical lyrics or simply a whole lot of fun doesn’t matter at all. I have my reasons why I love these albums, and I wouldn’t want to miss them for whatever reasons. Some are the works of a genius, other simply sound very good and entertained me to an outstandingly high level. I am aware the majority of items on the list are 90s and up, while the most acclaimed albums were released much earlier. I do highly respect them, but they don’t mean as much to me personally.

Now, to make it a little more interesting - or in case TheTopTens accidentally screws up the order - here is the list in reverse order, starting at number 60, going up all the way to number 1. Why 60 you ask? Because I used this amount last time. Probably simply because I couldn’t make up my mind which of the 11 remaining albums I have shortlisted would make the top 50. But I really can’t tell.

So, that’s it. Any surprises in this furious mix of pop, emo, hip hop and that little touch of symphonic metal? If you know me well, you are probably wondering why I chose exactly this Nickelback album. All of my absolute favorite songs by the band are on other albums (namely “Believe It Or Not”, “Fly”, “Where?”, “Leader of Men” and more recently “Feed the Machine”), and in the past I called “The State”, “The Long Road” and “Curb” their greatest albums - and their newest record “Feed the Machine” close to topping everything that they have released before - and I still have to stay that they are musically superior, but “Dark Horse” is the album I listen to most often in its entirety, it doesn’t really have any tracks to skip. SpongeBozz’s “Started From the Bottom / Krabbenkoke Tape” is pretty recent, as it was released in June 2017, so putting it into my top ten may seem a little rushed, but I can tell you that there is barely a hip hop album I listened to that excessively in the months after I got it than this double album. Maybe this will change in the future, but then again, this list is not permanent and will probably be updated again.

If you want to compare this recent list to the previous one to see what has changed, here is the older one (note that I still love the albums I removed from the updated list, it's just that at the moment felt that I like others a bit more): 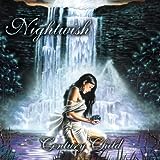 "Zuhältertape, Vol. 3" is when Kollegah reached maximum quality for the first time. He has always had outstanding lyrical quality, a way of understanding and playing with the German language that no other rapper has. But he often rapped over weak beats, had a too carefree delivery or in general felt more light hearted and tongue in cheek. On her, the beat work is top notch, Kollegah triples his rhyming ability and takes his pimp persona more seriously, really imitating it. The highlight is a collaboration with a young unknown rapper called Sun Diego on which the two act as a perfect theme and structured the song's lyrics and flow perfectly so they harmonize best as one force aiming at you with maximum impact. The same rapper would later re-name himself SpongeBozz and become Kollegah's biggest enemy.

Die Ärzte's debut album is a celebration of their unique humor, and the start of a legendary career that would lead to them becoming part of the German music olymp. But on "Debil", which remotely translates to "retarded", there is nothing of their later political input. There are joyful pop punk tracks about lifesavers with sing alobg choruses, a lovesong sung in-character as a young child, an intentionally provocatively tasteless song about bestiality, an addictive Western themed song, a rock'n'roll-ish song criticizing a mean guy who is unfriendly to everyone. If you understand the lyrics, end the album at track 12. The last song is a horror themed "lullaby" that is pure nightmare fuel. But the first 12 songs... fun, fun, fun.

"True Blue" was when Madonna discovered her artistic ambition. Her first two albums were radio pop which had her vocals pitched way higher, and she did not have much creative input. On this album however she topped everything that was there before in the pop world. The songs were musically more advanced than her previous records and her lyrics became short tales, often filled with sentiment. Even some of the more poppy tracks are way richer than what you would expect.

There is no doubt Queen had countless hits and numerous truly amazing albums, but the one album I love more than anything else by them is "Innuendo". And not only because it was Freddie's swan song, which is of course a fact that runs through the record like a common thread, also because it feels like every other Queen album was released as a set up for this. The title track triples the opulence of "Bohemian Rhapsody", "I'm Going Slightly Mad" is their greatest (even though a tad bit psychotic) pop song and the cinematic grande finale "The Show Must Go On" must give you goosebumps.

For all the hate the Insane Clown Posse get in their home country, I feel all the better saying this album here is one of my favorite American hip hop albums of all time. Im fact, it does the same Die Ärzte did on "Die Bestie in Menschengestalt", just in the American hip hop genre: for the first time in their career they showed that they are able of social commentary, but nevertheless showed more of their crass humor than ever. "Halls of Illusions" (their best song) has one of the most creative ways of seriously talking about the issue of domestic violence, "Under the Moon" is one of the most intense storytelling tracks I know, "How Many Times?" describes the frustration of everyday life starting to boil more and more, "Hellalujah" is a cynical take on the commercialism of religion, "Piggy Pie" has the rappers haunt three people who lived terrible lives. And in between... they also have some of the most stupidly funniest songs of all time, e.g. "The Neden Game" and "What is a ...more

Of course, I only know Rodriguez because of "Searching For Sugar Man". I wish it was different though. Not because I dislike the movie in any way, but because it shows that he really is entirely unknown outside of South Africa (and Australia). I get the feeling most people who started listening to him now listen to the music like they would listen to a soundtrack, but... the songs are really wonderful. He has a way with words I have hardly heard anywhere else. It gives me a feeling that it comes straight from his soul, and he uses strains of thoughts you don't hear often - "A Most Disgusting Song" for example. Plus the songs are wonderfully composed. "Coming From Reality" contains my favorite song by him, "To Whom It May Concern". I still hope he will release a third album, but maybe it will never happen. He could easily now, but it seems he doesn't want to.

This is not unlikely the birth of German punk. For English or American audiences it may sound more like glam rock, but for Germans, this was punk. Hagen shrieks, grunts, rocks out like a rock'n'roller and sings melodramatically operatic just to end up in an intentionally ugly and hoarse "huh huh huuuh". Her lyrics revolve around abbortion, homosexuality and masturbation - she just came from East to West Germany and celebrates the newly won freedom with no holds barred female and sexual independence. And her band, who would later become Spliff, composed often melodic, sometimes hard, sometimes melodramatic and always awesome instrumentals to back that up. This album.us a classic everybody knows and loves - except AllMusic who awarded it 2 stars without any review. I'll never get over that.

Compared to "Debut", Björk got a lot more varied in her sound on her second record as an artist and already hints at the big ambitions she would develop later on. Even though albums like "Biophilia", "Vulnicura" or "Homogenic" are masterpieces of their own, "Post" is by far my favorite. Because on here, she sounds as excited as could get, as if she was about to explore a world of music whose gates have just opened for here. How could you not want to run through the meadows during the verses of "Hyperballad", them jump into the water when it hits the chorus and scream "I'm Aliiiiiiive!!!!!"?

The Silent Force - Within Temptation

Within Temptation's "The Silent Force" is so beautifully bombastic, so gracefully sung and melodiously composed that it feels like an enchanting trip into a world beyond our imagination. It is an album that touches me because of its sheer overwhelming beauty. Its individual songs all have unique melodies that can only come from a magical being.