Martin Canine's Most Listened To Songs of This Week (February 25th to March 3rd, 2019) According To His Smartphone

Martin_Canine Where is the only place where you'll find rapping cartoon cats, sinking ships, 90s rave clubs, diamond friendship rings and war victims together? Only on one of Martin Canine's "Most Listened To Songs of the Week" lists! Hopefully only here - if all these elements were randomly stitched to a movie or song, that would be... rather disastrous.
This list is a non-votable list and the content of the list reflects the opinion of its author. 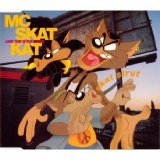 "Skat Strut" is officially the best early 90s pop rap rendition of an early 80s funk classic performed by a gang of anthropomorphic cartoon cats introduced in a music video by Paula Abdul EVER. And that's saying something.


May I say that while everyone misses the Wu Tang Clan, Tupac, Nas or Biggie style of hip hop - I miss this eclectic, over the top style most. "Berzerk" by Eminem came closest in the 2010s.

The "Grave of the Fireflies" of anti-Iraq war songs. As a kid I didn't understand its meaning... but wow, this cuts so deep, as it is sung from the perspective of a child in Iraq in the middle of a war.

3 My Heart Will Go On - Céline Dion

I wonder if anybody else loves "Titanic" for it's theme of evanescence. To me, I love all the other aspects too: the chemistry of the love story, the epic dimension of the set design and costumes, the technical innovation and themes of breaking out of upper class expectations. But the frame of this story being told from the perspective of a 100 year old woman who, after all this time, relives the memories from 80 years ago that never let her go, gives it so much more emotional depth than its reputation of an epic disaster / love movie.
And, of course, THIS soundtrack. One can only be speechless.

What? Sometimes, I just want to party hard.

The first half of the 2010s was filled with house pop. And while most of it was fairly forgettable and not all too appealing to me... every once in a while a couple of songs came out that had a more epic and melodic touch to it. There's "One (Your Name)" by Swedish House Mafia and Pharrell, there's "Euphoria" by Loreen, and then there's this. Feels fairly cinematic for house pop.

6 No Good (Start the Dance) - The Prodigy

PS: R.I.P. Keith Flint. The message arrived after I posted this list. Sadly, he was another victim of the depression disease.

Yeah, the first half of the week I was in the mood for songs to go in full party mode to. The second half was dominated by emotional ballad. Can't really tell why.

Kollegah and Favorite were such a fun combination. Favorite, an outrageous, toony, intentionally tasteless rapper, and Kollegah, the ridiculously cool pimp and gangsta. They were the perfect collaboration, especially on tracks like this were they alternatingly deliver four lines - always picking up where the other left off. A pity they never recorded an entire album together - especially when they were in the peak of their careers.

"I see it - I like it - I want it - I got it"
Was mumbling these short lines ever since I got the album.

Say what you want. This cover was done well, and you know it.
Discover.

10 First of the Year (Equinox) - Skrillex

Just saw the video for the first time... yes, definitely didn't expect this song that always simply party rocked to me to have such a bold statement for a music video.

Martin Canine's Most Listened To Songs of This Week (January 28th to February 3rd, 2019) According To His Smartphone

Martin Canine's Top Ten Most Listened to Songs of This Week (February 19th to 25th, 2018) According to His Smartphone

Martin Canine's Most Listened to Songs of This Week (March 19th to 25th, 2018) According to His Smartphone

Martin Canine's Most Listened to Songs of This Week (February 26th to March 4th, 2018) According to His Smartphone

Martin Canine's Most Listened To Songs Of This Week (November 19th to 25th, 2018) According To His Smartphone