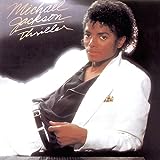 It is the definition of 80s music. Nothing comes close to this. One of the best songs featured here is Human Nature, which in itself is a perfect song.

I'm a primary metalhead, but Thriller was THE first and only song and album that caught my attention; opening the world of music into my little world and setting the foundation on my perception of great music. So if it weren't for Michael Jackson, I wouldn't be a Pantera fan.

This is my all time fave album. I also love Slippery when wet, Back in Black, Master of the puppets, Appetite For Destruction and many others on the list I really do think that this should be #1 Shame on those who voted for all the Heart albums on this list!

Thriller is the best of all time. It has sold more than any other album in history. Michael was an amazing musical genius dreaming this up and creating "Thriller"

Milestone Album. It was the first album of the young Band, it was full of emotions, melancholy and deepness. A timeless Masterpiece Album and imagine, it is not the best A-ha Album! A-ha is brilliant Now and Then

One of the best voice in the world of music many awesome songs like The sun always shines on T.V.

This album only has 1 good song and you put it at three?

OML I'm so thrilled that this rad album is number 2! A-ha is amazing without end. It'd be better if it was #1 but y'know. MJ has the eternal spotlight here

I'm not primarily into metal or metallica but this is an amazing album that I have listened to many times, it fits together perfectly and the songs are of the kind that get better with every listen and not only does is sound great but it is a lyrical masterpiece.

I don't understand why there are no metal albums other than AC/DC and Metallica in the top ten. Metal is the best genre and Metallica one of the greatest bands to represent it. ##

As a metalhead, I must choose this album! This album is my favourite album ever! Perfect from start to finish.

Simply superb with lots of guitar work. Ride the lightning also is there...

Fade to black, for whom the bell tolls, creeping death, ride the lightning? All amazing songs.

This should be higher than MOP.

Welcome to the Jungle, Paradise City, Sweet Child O mine. All of these songs everybody here has at least heard once in their life, they are huge songs that have all come off this one album, more than most other albums can say, and the album is full of other underrated songs, it definitely deserves to be in the top ten.

How can this album be no17? It's the best debut album of all time, not only the 80s!

Every song on this album kicks ass, clearly the best ROCK album, if not THE BEST album of the 80's

I can't believe some of the crap that's above this great album... Come on "Slippery When Wet"?! "RhythmNation 1814"?! That's not even Janet's best album! You might as well as pick Right Said Fred! I've listened to those and many others on this list but they don't even approach the plateau that "Purple Rain" set. I really think that people should just get this album, listen to it and then come back and vote.

It's ridiculous this album hasn't done any better on this list. Probably one of the best albums ever. Definitely TOP 3 albums of the 80's among Prince's Sign O' the Times and Peter Gabriel's SO.

This album was Prince's answer to Michael Jackson's Thriller album.

Um, hello? Ac/dc's height of fame, every song was a hit, sold over 42 million copies worldwithe. Thriller is also a fantastic album, but the fact that Michael jackson is some twisted person now decreases its popularity. I just don't understand though

The most PERFECT classic rock songs ever written are here. Enough said. 42 minutes so no excuse you need to hear it once in your life.

Haven't heard many 80s albums; but even if I heard everything the 80s had to offer, this would still rank as number 1. Every song is a hit in my book, but most of all, it just plain rocks. m/

Released in 1980, it started the decade off with a bang.

Best album and album cover of the 80s! Madonna was at her pinnacle with true blue. Every song is awesome but I have to say my favorite is where's the party, it always gets me in a good mood and brings me back.

I remember like it was yesterday, Madonna and Michael Jackson fever, no stupid technology, just a bad television and the street radios to sing those hits... good times, nowadays children sucks

Just brilliant album from Queen of Pop Madonna. I love every single track here but my most favorite songs are 'La Isla Bonita' and 'Papa Don't Preach'

9 The Number of the Beast - Iron Maiden

Maiden's best album is inarguably one of the decade's finest. Classic songs (ranging from the well known - the title track, Hallowed By Thy Name, Run To The Hills - to the underrated gems - the much Maligned Gangland, 22 Acacia Avenue) fantastic production and the ever marvellous vocals of Bruce Dickinson help to solidify this album's stance as one of heavy metal's greats. While early Maiden had been fantastic, this is where they hit their peak, and continues to represent the best that metal had to offer, both in the 80's and of all time. An utterly timeless album (not very many popular 80's albums you can say that about) which represents heavy metal at its finest hour.

Nothing is bad about this album, all the tracks are great all the way through to the end. It should be up there with Master of Puppets by Metallica.

Come on, this should be in the top 10 at least. The single most kickass album of the 80s

Should definitely be higher. Amazing album, Talking Heads' best album in my opinion.

? Tango in the Night - Fleetwood Mac

Kate is a one off and her fans simply adore her. I was an 18 year old lad with no future in a dead end job when I first heard running up that hill, and its utter beauty and poetic intensity inspired me to quit my job, go back to college and make something of myself. This album is that important to me. I love it and I love Kate

A work of indescribable poetic beauty. A travesty that all those grunt rock albums by hairy Neanderthals are ahead of this. But there's no accounting for taste.

This is a masterpiece which has stood the test of time. Running up that hill one of the most haunting passionate beautiful songs of all time my 2nd favourite cloud busting so emotional she was barely 25 when this came out but Kate showed such wisdom and maturity in this Magnus opus

Why is the number 1 80s album so low down the list, its criminal.

This album is in everyones music collection and the critics also rank it as number 1. Every review of the 80's rank this as number 1.

Well, I like many other albums as well. I agree with mjrocks: Poor haters ... shame on them...

Side 1 of this album is incredible. Side 2 is great a true 80s classic

This is my second favourite album of all time (first being everyone is here the Finn brothers)! How is it 105? Anyone who cannot appreciate The Smiths is missing 99% of their emotions.

Some of the greatest examples of Morrisey & Marr's songwriting abilities are on this album. Some essential tracks are "The Queen Is Dead", "There's A Light That Never Goes Out" & "The Boy With The Thorn In Hos Side"

Well, the best album of the last century is #124. The internet is dead. No taste. The end.

There is also a DVD of the same name released by Eagle Rock Entertainment for Image Entertainment way back in the 2000s as a Classic Albums video disc for use with DVD players, DVD-ROM drives, game systems and DVD surround sound systems.

This album is timeless, sounds like it could've been released yesterday.

This album is the best. Contains the 3 classics of Bon Jovi. This should at least be in the top 10.

This album is awesome Livin on a prayer, Keep the faith, Always, Bed of Roses and Born to be my baby

Not one bad Flippin track on the album. You just put it on and jam or go. This was before he got all soft and squishy in the 90s. Next to van halen ' 5150 and Journey Escape albums, a definite favorite of the 80s!

Fantastic track list. Not to deep, romantic and moving. Bryan wrote & composed all the songs here. He's true musical genius. Tracks 'Heaven', 'Summer of '69', 'Run to You', 'One Night Love Affair', 'Somebody' were memorable.

Unfortunately, it is irrelevant how good the album is; all that matters is how commercial the artist is. Pixies are the ones influencing Kurt Cobain but sadly (in my opinion) they never became as big. Doolittle is Pixies' best album and deserves to be in the top ten list. Ps: Very excited over new album "Indie Cindy" released the 28:th

Only 1 good album in the top ten (Master of puppets) and 1 OK one, (slippery when wet). Put Doolittle in at least the top 20 and it might help me forgive the terrible taste on this list just a little. Its without a doubt one of the greatest albums of all time.

The only reason this isn't in the top 10 is because it's not as well known. One of the best albums of all time.

Best album of the 80s for me, every song is awesome. The title song is by far, hands down, her best song. My favorite on this album is pray for Spanish eyes. Her voice is so pretty in it, And it's just such a beautiful song. This here is Madonna at her pinnacle.

Classic album that changed musical history. Hits "Like a Prayer", "Express Yourself", "Cherish", "Oh Father"...Madonna's vocal sounds great here. One of the most memorable albums ever

Fabulous album. Like a rock version of thriller every song could be and nearly was a single, the production by Mutt Lange is excellent truly an 80s classic should be in top 10.

Got this album because I wanted to know the band. It resulted in one of my favorite albums. Every single song in it is awesome.

Brilliant album. I still recall the goosebumps I felt on first hearing it.

Brings back the cool sounds and memories of parties, love and youth...