The Greatest Albums of 2018 According To laut.de

Again, I like their list least off the ones I checked out. They definitely do have a passion for music, but I dislike how much of it is based on exclusion of everything that's general consensus. A good list combines efforts from indie, mainstream and specific scenes - and most importantly, entertainment value and professionalism should be honored. 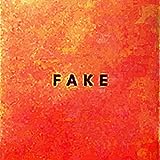 Ladies and gentleman: this album is the definition of laut.de's taste. It's by a virtually unkown band, the singer sounds like your average guy next door, the vocals are casual and rather unpassionate, the lyrics are widely interpretable but distinctively not set up to sound poetic, nothing catchy or overly poppy, the guitars are distorted to sound trashy but neither them nor the drums sound hard, it is designed to NOT be effectful, gimmicky or epic in any way. It's music for guys who meet up in a small club for 50 people who are very proud to not be part of neither any scene nor mainstream, while laughing at people who think their sense of music is boring. That being said... off of this very distinct style that they like, this is one of the better records, by far.

Laut.de's attitude is hard to describe. They are a bit like Marc from "Juno" but minus all the coolness, charisma and witty dialogue, and loving bands that are much less relevant - which isn't something negative, Inner Tongue is completely unknown and had one of the greatest albums of the year, but the laut.de staff often specifically picks those, as to them they are the "real" music. They have something about them that even when I agree with them on the quality of an album, they come off as not very likable. There are, of course, exceptions that are pleasant to read. I just wish they would write about their indie music like Complex writes about hip hop and RnB.

It just barely missed my own list, but "The Mysterious Vanishing of Electra" was one of the absolute greatest songs of the year. The Swedish musician crafted a 5 track album (two songs last over 10 minutes) that's extremely haunting and atmospheric. Dark tones and gothic instrumentals that sound like a subtle score, and a voice that's beyond expressive.

I noticed that it is also considered one of the best on rate your music. Also it has a score of 81 on metacritic (more surprising though is that it actually has a score usually only more well known albums do).

3 Tell Me How You Really Feel - Courtney Barnett

I see what you mean about them having a taste for the obscure. Astroworld was the only album by anyone I had heard of. Are laut de the most popular music magazine in Austria. It surprises me that so many would want to read them if the magazine is mainly interested in lesser known artists. Also I think I understand what you mean by them coming across as dislikable even when you agree I sometimes find this on the top tens for example when someone praises an artist but can only do so by ranting about the other artists they might be compared to is it something like this?

Oh yes! One of the few things about laut.de I can agree on is their taste in US hip hop (German hip hop not so much). They love the current scene and development, and that they praised this varied and unpredictable suite of an experimental trap album that much kind of makes browsing their site worthwile.

7 Eat The Elephant - A Perfect Circle

What Pusha T and Kanye West delivered in 21 minutes in terms of inventive ideas is more than most others do on full length albums. There's always something unexpected the beats have in store for us, and Pusha T really got something to say on the tracks.

Yeah, this German rapper is okay. She's none of the big names, but fortunately, she's also not quite the hip hop equivalent of what I wrote on "Fake" by Die Nerven, which is usually what laut.de likes in German rap. Instead, she got the right swagger and attitude to still be entertaining.

In my opinion, Tocotronic - who are among the most acclaimed German bands ever - lost much of their quality in recent years. I never saw them as the second coming like most critics, but what they had in the 90s was a rough and unpolished indie-punk sound, casual lyricism and youthful energy that was completely unknown in Germany until then. Now what's left is the casual lyricism, becoming more and more trivial over the years.