These albums are masterpieces! Many songs on them are wonderful on their own! But when put in order, one after another, like the artists intended them be, these albums become celestial.
The Top Ten
1 Dark Side of the Moon - Pink Floyd 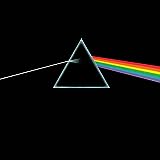 Just about every song on this classic album is memorable and wonderful, but they all blend together in such a way, that after sitting and listening for so long, the final chord of "Eclipse" is enlightening.

The B-side Medley that starts at You Never Give Me Your Money and goes all the way to the end of the album is one of my favorite pieces of music ever.

The last album by the greatest band of all time. In fact, Golden Slumbers and on is MEANT to be played in concession.

This is the quintessential concept album. Listen to this one all the way through, and you'll realize that every song on it is important.

If you don't listen to the whole album, it doesn't connect. It's like skipping through a novel.

The two popular songs to come from this album were "What's Going On" and "Mercy Mercy Me"; the other songs lack the catchiness to become singles. But all put together, the album gives a bleak, but hopeful view of our times and future.

This is an incredibly tough decision, as I love every album on this list, especially Dark Side and Abbey Road. But this is an album that needs to be taken in one dose. The recurring themes running through it--bit of melody, snatches of lyrics--all culminate in the band's mega-hit, "Good Vibrations". We waited almost forty years for this album. It wasn't a disappointment.

Beck's first leap into transcendence was a bleak one, with an album all about heartbreak, due to his breakup at the time.

Yes. The further you get into the album, the more isolated it feels. I used to listen to this album several times a week to keep me going through school. Never fails to cheer me up and make my day better.

This is the final Queen album of Freddie Mercury's lifetime. You may not hear it, but Mercury was slowly dying throughout the recording of this entire album, and it makes the final song "The Show Must Go On", all the more pressing.

Although less known than the other artists here, Sturgill Simpson is an emerging CLASSIC country artist, with songs that break the boundaries of modern and classic country music, coming to a psychedelic finale in "It Ain't All Flowers".

18 The Rhythm of the Saints - Paul Simon