Top Ten Albums You Would Have on a Deserted Isle

If you could have only ten albums, which would you choose? No compilations please.

I think it's about time I listened to a lot more Pink Floyd than I do. - Britgirl

2 Darkness on the Edge of Town - Bruce Springsteen 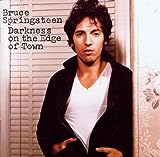 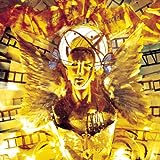 While maybe not my favorite album (I wouldn't bring Suicide on to my island, that would give me nightmares), it is definitely the most essential soundtrack to being on a deserted isle. - djpenquin999

5 Coat of Many Colors - Dolly Parton

Nice list...! Some nice choices too. From this list so far, I'd choose this one and Let's Get It On. I'm so indecisive, it would take forever for me to choose the ones I would would like to keep me company. - Britgirl

15 At the Edge of Time - Blind Guardian

Yes this is here on the list. But so should Donald Fagen's solo album "The Nightfly" does not really get any better than that. It's also a classic!

I just had to put this album on this list.
Iron Maiden is awesome :-)

46 The Book of Souls - Iron Maiden

One of my most favorite Iron Maiden albums.
Epic songs, a lot of good melodies, good vocals, good riffs, and it has my all-time favorite Iron maiden song:
Empire of the Clouds.

Gah. Why didn't I think of this. Naturally, I would like this. Or better still, The Very Best Of Eagles, which you really can't go wrong with. - Britgirl

1. At the Edge of Time - Blind Guardian
2. Ride the Lightning - Metallica
3. The Wall - Pink Floyd
Metal_Treasure