Top 10 Among Us Crossovers We Want to See

And why not? everyone wants to see this glorious invention

And why not? I would pay double to see this crossover

And why not? the blue hedgehog would look good in this crossover

Lego Ninjago: Masters of Spinjitzu, is an American–Danish action comedy family animated TV series that started as a pilot shorts for LEGO that aired on Cartoon Network in 2011. The show centers on the adventures of six ninja: Lloyd, Kai, Cole, Jay, Zane, and Nya.

And why not? the idea is already set, they just need to execute it

Sans: You're going to have a bad time.
A crewmate: Sans sus

And why not? just close your eyes and think about it

And why not? There are customizations but we want the whole process

And why not? everyone knows it's a good idea 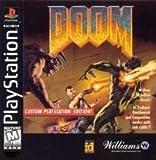 And why not? the combination would be good and smart 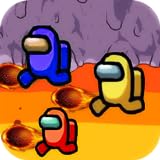 And why not? if Among Us was inspired by this gem

And why not? Already Fall Guys died but needs to be resurrected

12 My Little Pony: Friendship is Magic

South Park is an American adult animated sitcom created by Trey Parker and Matt Stone for the Comedy Central television network. The show is about four boys, who are Stan Marsh, Kyle Broflovski, Eric Cartman, and Kenny McCormick, and their adventures in South Park, Colorado.
14 Dragon Ball FighterZ