Most Annoying Things On the Internet 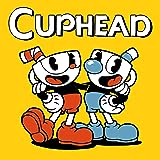 I like how they've made this game in the style of old cartoons, which is a sort of thing I've grown up with, but there's possibly 2 reasons why people find this annoying: 1) It's everywhere and spoken of nonstop due to being trendy and popular, and 2) the game is hard. The former must be the main reason, which I don't blame anyone for. It's like when Five Nights at Freddy's and Undertale was trending to the point everyone got sick of them. Give Cuphead time and the hype for the game will die down, and then another new trending game will come along to annoy us again.

It's a decent but overrated game.

There is way too many fanarts of Cuphead characters being drawn in the cutesy or edgy anime style. The style is way too repetitive and takes away from the rubberhose look of the characters, a style which isn’t around that much anymore. To make Cuphead and Mugman “hotter” they use the liquid in their heads as hair...

No it’s not. People are trolls I can see so you actually get so mad at a game? What the heck? People call em what they want and dumb people are nerds and are stupid. Don’t believe them.

This is why I only get games from either steam or origin.

Oh my god, Those are the bane of my laptops existence!

I hate these with a passion

I don't find it funny. Dark humor for the win!

It's all the same. They try to be relateable when they're not and zach king is a huge jerk.

They usually get 15 views.

Trolls used to be fed all the time, but now everyone knows to keep away and not react.

Don't we all hate him? Trick question the answer's yes

Why does everyone hate him? I really don't know why.

Not really feminists but more like gothic tomboys who crush over skeletons.

One even outright stated that men are evil.

They're not actually feminists, I'm sorry

Random does not equal funny, sorry

Jake and Logan are the worst YouTubers of ALL TIME. Stupid logangs and Jake Paulers. If you are one of them you should be ashamed.

I haven't seen many Trump supporters start arguments or anything online. I've seen many Democrates on Twitter however, causing trouble, starting arguments, trying to cancel people and throw around insults such as nazi, racist, fascist, phobe, etc. without any proof whatsoever. Apparently if you're conservative that makes you an alt-right devil somehow.

And we have the biggest JB hate base on this site!

I dislike Justin Bieber. But I respect the fans’ opinion.

Can Dahvie just go back to jail or obscurity again?

They have another album coming out...they need to go away.

Really? You all know there are perverted drawings on every site virtually on the Internet, and you can avoid it, you do know that right? RIGHT?

THIS! God, these people are messed up!

I hate it when people doing these kinds of things.

If they make art, then it's fine (I don't care if it's art.) But if it's real children, then they should be hated.

PEDOPHILES ARE NOT AN INTERNET THING GOD DAMNIT, THEY'RE A THING IN REAL LIFE AND ON THE INTERNET, God damn

Pokemon is fictional. No reason to make a blood bath out of it
And Steve Irwin is a great human being, unlike Ingrid Newkirk.

"They had good reasons to say that Mcdonalds cooks Pokemon! "

Shrek fanbase in a nutshell.

This person below is a virgin lol

I'm a anime fan, but I don't act like this. I'm just a casual anime fan, nothing special.

Who would have think that liking anime too much was a good idea!?