Most Anticipated Albums of 2018

For now, these are the albums many people are waiting for. They come from different genres and even countries. Which albums do you want to hear? I hope there is an album from a good band. It can be pop, rock, rap, country, anything. 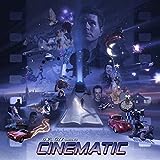 @Animedrawer NO I didn't start the conflict with Reltihfloda it looks like it because I deleted some of my comments why because I don't want to feel even more devastated by an rustler which is more like a mindless troll and then at the end he rustle me so he leave me alone I didn't start it he did!

A lot of people seem to be really excited for this album, especially since Fall Out Boy is one of the favorite bands of many people out there. It might have some bad songs, but it can also have good songs too. I myself actually like some of Fall Out Boy's songs.

My god this sucked. I don’t even like the band, Centuries is overplayed garbage and they somehow managed to get worse than that.

I did not enjoy this album. The songs were really disappointing, and the only one I enjoyed was Hold Me Tight Or Don’t.

I can’t wait for this! Looks like 2018 will have good music this year!

I heard the first song of this album, a sample of it but still the song, and it sounds so good! I can’t wait to hear more. It was some of Tom’s best guitar work in a while, it sounds so improved and shows how much he got better as a guitarist. He only gets better as time goes by. I can say by that one song I’m really impressed with what he’s doing. And he is working on multiple things, like exposing UFOs, making merch, shows, movies, books etc.

Camila started a solo career after leaving Fifth Harmony. In 2017, she has huge success, especially with her hit single Havana. A lot of music critics on here like her, she is one of the most loved pop singers, so I would expect good reviews from this one.

The band famously known for the hit single Girls, is making a comeback. I don't know much about this album, not a fan. But I know many users who love this band. Let's see if this is a hit or miss for the rock band!

6 Man Of The Woods - Justin Timberlake

We haven't heard of Justin Timberlake ever since he released Can't Stop The Feeling. However we will hear of him again in 2018 with his album, Man Of The Woods, which many seem to look forward to. Pop singer Justin Timberlake is known for having danceable, groovy, smooth songs, so this album might be like that.

This album was great! - AliciaMae

I've enjoyed what I've heard of this album, and I can't wait for the official release! - Metarock

The popular hard rock band Judas Priest are back in action with a brand new album! Neonco31 is going to like this. It is also really loved by many people so I would expect high anticipation for this album. They may not be my favorite band, but it seems to be a good album.

I heard one song and it is very good. - Metal_Treasure

8 Wouldn't It Be Great - Loretta Lynn

One of the few decent country singers of today with music like Florida Georgia Line, Loretta Lynn will make a new album released this year. I added a country album for the country fans who love this, that way it wouldn't lack diversity.

9 Both Sides Of The Side - Jimi Hendrix

We all know Jimi Hendrix is dead, but apparently there was some demos that weren't released. They were going to be released, but then Jimi's death occurred. There are a lot of Jimi Hendrix fans here, so I bet many users will probably like the classic rock guitarist/songwriter.

10 Tba - Florence and the Machine

11 Pray for the Wicked - Panic! at the Disco

I just recently got into P! ATD and when I found out they were coming out with a new album I was pretty excited. The album came out today and I was not disappointed! From fast-paced dance songs like Dancing’s Not a Crime to slow-moving songs such as Dying in LA, to great electronic parts such as in Say Amen (Saturday Night). It was an amazing album. I also enjoyed MANIA by Fall Out Boy, but Pray For The Wicked deserved more votes since it’s lower down on the list.

Another beloved artist here on TheTopTens, who hasn't made music for four years, will come back with an epic album. Jack White will come out with new album, Boarding House, so lets see what rock fans will think of this.

Yes, this is Kimbra, the one who was in Somebody That I Used To Know along with Goyte. Apparently she is making a comeback since she stopped making music four years ago. Hopefully this will actually be good for the pop singer, which it might be.

Hell yeah! He delaying it which is a sign it is going to be a masterpiece! - MemeTheKeem

15 Whistle Down The Wind - Joan Baez

This album that will be released in March, by folk singer Joan Baez, might make it big in the folk music community. Folk may not be everyone's favorite genre, but it is still chilling music with good melodies.

Ariana is coming for WIGS with this one!