Ale9991 Some According to the list of best video games of 2018.P.D. Most of the video games that were announced are not confirmed for 2017, so they will most likely come in 2018

This game made me cry...

Red Dead redemption was great, this would be great too! - Fullwalking2

2 The Last of Us Part II

It is going to be released next year. - Johnalove 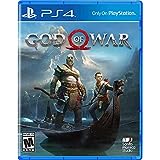 This game is AWESOME I LOVE IT!

I swear this game looks better and better with every announcement. When this game was first teased, everyone thought that it was just going to be a port of Smash 4, but it's turning out to be even more than that. We have every fighter from previous installments in the game, a lot of cool stages from the last few games and cool new ones as well, new battle modes that look fun like Squad Strike and Smashdown, a good focus on the competitive aspect of the game while not alienating the casual players, and nice small details like song playlist customization and a revamped training stage. The new fighters look cool too. We have amazing fighters like Inkling, Simon Belmont, and the long-awaited Ridley.

And no one will talk about it days after its release. - MrCoolC

I can't wait for this game! - Fullwalking2

People are hating on this just because it's an auto-runner. In the previous game, you're pretty much always running, so having this game as an auto-runner shouldn't ruin the game.

A really good game. I think it's good with a bit of bad.

No one is waiting for this... - Not_A_Weeaboo

It was great! -Ultra

25 Kirby for the Nintendo Switch

How does one get anticipated at seeing a $40 game filled to the brim with microtransactions? Especially when YOU CAN'T HAVE ANOTHER SAVE SLOT WITHOUT THEM- - InTuRmIsHuN

Sega took THAT long to make a new entry?!

41 Pokemon for the Nintendo Switch

Okay can we remove this title since we got confirmation of the actual game? I'll add it to the list. - Thifer20

I hope it isn't as disappointing as Mighty No. 9... - PerfectImpulseX

45 Mage's Initiation: Reign of the Elements

49 Shadow of the Tomb Raider

Most Anticipated Video Games of 2019