Top Ten Atari 2600 Games with the Most Misleading Game Artwork

So plenty of stuff in the Atari 2600 catalog right? Well the primitive graphics of the Atari 2600 gave way to false sense of hope at times. Which particular Atari games had the most misleading artwork when compared to the actual games?
The Top Ten
1 Flag Capture 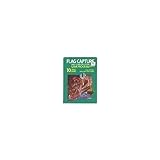 While this game isn't THAT bad, it has perhaps the single most misleading game artwork. You see pirates! Ships! Waves! Flags! Very cool stuff! Except the game features absolutely nothing but squares where you gotta find the flag by chance, with clues or bombs around. This game seemed to lure people in.

Astronauts! You'd think that this particular Breakout game would have something to do with them, but not really!

What is up with this artwork? It looks way too busy. We see a few engaged humans, a moonscape, and planets and ships in the background. But when you play there are just two spaceships on an empty background! One of Atari's greatest failures, it's amazing how they marketed it!

I have to wonder if the artwork for this game is supposed to be the inspiration for the stuff in F-Zero, because this game sure looked cool in the artwork! But of course, Slot Racers was never a racing game, but rather a "move your car and apparently fire shots at the other car" multiplayer game. Very strange that it would end up like this.

You see two civilian people in this game artwork. But not in the game! Seems quite strange to have this kind of stuff on your game if you're not gonna show them. This game of course is a space shooter like Gravitar or Asteroids.

This is somewhat of an interesting one. Warlords definitely seems to be a medieval-themed game, and the knight on the game cover is quite interesting. However, in the game, even in the arcade version of Warlords, they use SHIELDS to deflect the castle-damaging ball. NOT SWORDS! So it's quite misleading in that aspect.

Okay, so the four boards you see in this artwork are in the game. But again with the astronaut thing. And what appears to be a cyborg he's against! Very misleading to think this is some crazy action-packed Tic-tac-toe game!

This incredibly obscure title makes you think it's got something to do with cool spy stuff and possibly even some action. But it's a strange decoding game that even I couldn't figure out!

All of the Swordquest games pretty much belong here, but I'll put Earthworld since its more or less the first. The entirety of Swordquest is a third-person dungeon crawl with small mini-games but next to no indication of what to do. It's supposed to be tied in with a comic book, but there's not a lot of real action. Where's the swordplay? Where's the girl in the game (considering both Earthworld and Fireworld have her in the artwork)? Come on, Atari.

The Atari 2600 version of Breakout features what looks like tennis players on the cover. Strange, considering how Atari had tennis games around the same time more or less.

Mario, Luigi, and Pac-Man appeared in the box art, but despite this, they don't appear in any of the games.