Backstreet boys is a famous Pop Group. They're releasing their latest album "In a World Like This" on July 30th. These are their best albums.
The Top Ten
1 Never Gone 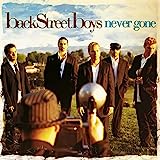 I like this album because The whole band matured up and played different style of music which is not present nowadays... What makes this album so special is "INCOMPLETE" amazing single

If it weren't for this album, I would've never gotten into rock/metal music. It absolutely defined my musical tastes.

Not just the songs on the album, even the unreleased songs are great with great vocal ability.

This is for me their best album.
I hope for a new album in that style of music.

When this Album came out it CRUSHED Billboard and broke many music charts, this album came out on 2000 with 4 awesome songs "I want it that way" "larger than life" "show me the meaning" "The one"

Backstreet Boys (1995) is a great debut, but a few songs is just too boring (3/6)
Backstreet's Back (1997) is better as an album, but power and vocal ability were a bit lost on it (4/6)
Millennium (1999) a lot of excellent pop-songs on it, and of course their biggest CD to date, but more originality and progressive/sweet tune (4/6)
Never Gone (2005) one of their more personal albums, with a rock tune in too, which is awesome, while the ballads can be small weepers, but at the time, there's need a LITTLE bit more variety on the record (5/6)
Unbreakable (2007) a forgettable out-of-tune, piece of garbage from a great boyband. Eeeouw (2/6)
This Is Us (2009) just as awful as Unbreakable, especially when the autotune-program was opened through the record sessions of this "album" (1/6)
In A World Like This (2013) an average to good record, but if they should breakout in 2013, and that was their debut LP, they wouldn't be as much as a tiny dot on the music sky. ...more

That album was amazing because they played advanced type of music and made amazing official videos. Also it was way Mature than their all previous albums (except never gone). Best songs of Unbreakable are : Inconsolable, Something that I already know, Helpless when she smiles, Unmistakable

The lyrics are so beautiful.

"Walking along the sky, chasing a glimpse of you. Painting a world with stars I found inside your eyes." - Everything But Mine

"I'm a house of cards in a hurricane, a reckless ride in the pouring rain. She cuts me and the pain is all I wanna feel. She tears away just like a child. She drives me crazy, drives me wild. But I'm helpless when she smiles." -Helpless When She Smiles

"You've been holding on to long. Trying to make believe that nothing's wrong. Not letting it show. And there ain't nothing you can do, to make me turn away from you. I need you to know, that you can let go." -You Can Let ...more

This is their 2013 album when they changed their music style a lot and unfortunately began to go down. This album contains only three good songs of ten songs. The three songs are "In your arms" "in a world like this" "Show them what you're made of"

This is just awesome

9 The Hits: Chapter One

This album contains mixed songs from The backstreet boys and new kids on the block. It's good for having top songs of both bands

This is their best album, hands down
It shows just how versatile the Backstreet Boys can be
The songs on this album takes elements from their previous records, putting both new and old spins to the songs and sounding as flawless as ever.
2019 pop stars, better watch out cause Backstreet's back, alright!