Beck is a fantastic artist. He's very creative, original, and constantly reinvents himself. Which album is his greatest is always up for debate since it's very subjective.
The Top Ten
1 Odelay 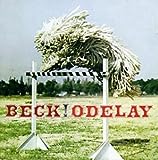 The album that made me into a huge Beck fan. Very weird, very different, but very catchy. Most of the lyrics make no sense but that's part of the fun. There will never be another "Odelay" and that's fine with me. It stands on its own and is often considered the best Beck album of all time, as well as one of the greatest albums of all time.

This is the album none are stronger, it has: where it's at, Devil's Hair cut, Jackass, new pollution and novacane

I love the 60s party sound this album has. The lyrics are kind of nonsensical but they don't make much sense on most of Beck's albums. It's a very fun album, one of my all-time favorites of any artist. Not a single bad song. The only downside in my opinion is that it's over too soon.

Fans clamored for Beck to release a follow-up to Odelay 2 and what we eventually got was Guero. While not quite as masterful as Odelay it was still a very good album. The songs, individually, are very strong and fun to listen to. However, my biggest gripe is that the album doesn't flow. The album is like a string of unrelated songs rather than one cohesive album.

"In the time of chimpanzees, I was a monkey"
Beck discovers hip-hop, and the opening line of this album is the best line to ever open an album.
Beck spits a lot of truth on this album, for example, he says that beer is better than love, and I agree. Long live Beck!

Everyone knows Beck's first hit single "Loser" that's from this album. This was his first break-out hit album. It was largely experiemental, very quirky, and a bit rough around the edges. Overall it's a fun listen but not quite a A album like some of his later stuff.

Another fantastic album, often regarded as one of his best. I prefer his more experimental style to his mellow albums such as this one, but after a few listens I really came around and it's a fantastic album all the way around.

Mellow, like Mutations and Morning Phase but this is my favorite out of those. All Beck's albums are good in their own way to me though.

Odelay is good, but Sea Change is better. Well, at least in my opinion

Beck stated this is a follow-up to Sea Change. The similarity is definitely there: the mellow mood, the ear-pleasing melodies, the great flow between songs. However, it's not very memorable. It's nice as background music, and it's well composed but overall it's not nearly his best work. In terms of quality, Sea Change 2 it is not.

Hey that album is grammy winner so keep voting guys it's deserves it. And please show it and respect this Beck's job. Thanks

Only album deserving a Grammy in years.

Beck's first mellow album, and a very good one at that. Very fun to listen to all the way through. "Tropicalia" is one of my favorite Beck songs of all time.

9 One Foot In the Grave

This was pre-Mellow Gold, before Beck became big. He had a small cult following at this point, and while some songs on this album are catchy, most aren't. The sound production is abysmal. It sounds like he recorded this out of his garage. It's not the worst sounding album in the world but it's far from good.

This album is not very good. I know some people liked it, but I was very disappointed with it. Personally, Beck's music took a serious nosedive after Guero. Guero was the last album that I would say is very good. This is mediocre at best. Beck is a lot better than this. Skip it.

The Contenders
11 The Information

A solid album overall, but a bit forgettable. Some individual songs are better than others, and the album flows fairly well, but nothing stands out as fantastic. It's a decent album, definitely worth a few listens, but in my eyes, it's one I won't go back to very often.

The biggest problem with this album is that the two best songs are bonus tracks that I could only find by downloading illegally. That's probably why most people don't like this album very much; they've never even heard the good songs

14 A Western Harvest Field by Moonlight