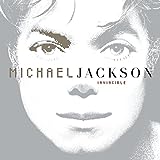 Best album of the 00's - very underrated which is probably due to the lack of promotion that it received on release.

This album is absolutely amazing just like Michael. It was so underrated. I love and miss you mike

if you didn't listen to this album before(16 songs)... you're missing a lot... every song is brilliantly done by the KING OF MUSIC himself... A M A Z I N G

This album is in my at least top 30 albums ever with songs like invincible, break of dawn, privacy, unbreakable, threatened, heartbreaker and more

So much fun, some deep dreamy songs and then there's some catchy fun beats and vocals! Love this album! My favourite for sure! Well done!

just the packaging itself is already breathtaking, how much more the songs in it? boy, the Songbird really REIGNS.

This album discovered Shakira to the whole world. I love her

The album, the singles, the era, the sensation, the controversies, the performances. What more can I say? This is britney at her peak. Brave enough to killed her past sexy-good-girl persona. This album really describes about her at that time with her breathy sexy vocals in great pop-hip-hop tunes.

Britney, and britneys best album and, and got to number 1 and britney
She is the one to watch

The Contenders
11 System of a Down - Toxicity

If you know Muse, I don't need to explain. If you don't but like rock, do yourself a favor and buy this album. Three Words: Plug In Baby.

It's the best album ever

Can listen to this entire album straight through without wanting to skip any tracks. This record is pure music gold! Daft Punk hasn't really made too much material relative to their long existence, but man, when they put somethin' out, it just confirms their dominance in genre.

In my opinion, this is the GOAT hip hop album

Why is this at 85?! It was Billboard's number 3 album of 2001! But if course that doesn't mean anything. This album is one of the darkest albums ever

20 Robbie Williams - Swing When You're Winning

I don't know why but I do love this album. My girlfriend forced me to buy it because she was a huge Spice Girls fan. Well, it was cheesy but still fun, catchy, even entertaining

Weezers comeback after not releasing any new music for almost 5 years and being marred by lawsuits and awful critical reception. This album also introduced a new generation of fans to the band and contained their most popular song 'Island in the Sun'

Greatest Aaliyah Album of All Time! She is still ahead of her time and destroys all other artists, even in death, with this masterpiece album.

The only good album by her.