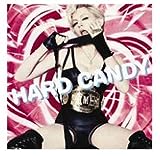 The Best! The Queen

2 Cradle of Filth - Godspeed On The Devil's Thunder

GOLD certification in LESS THAN A WEEK!

Metallica came back and showed how awesome they still are.

Metallica never sold their fans this album proves it

Where is Dark Horse?

People say that this album is overrated and they are completely wrong this is one of the best albums of 2008 and probably the best of the 21 century.

Listen to circus once you'll totally adore it forever

WTF! This is one of the greatest albums of all time. and if you say its just indestructible and inside the fire your way wrong ever heard of The Night, or Haunted, Deceiver, criminal, Perfect insanity, the curse, facade, divide?

comeback album - worth the wait

10 Slipknot - All Hope Is Gone

They should be the 2nd :) not Metallica just hear it..

Very good and original (not afraid of the word) tracks. They are dancing! This album is still the best album of all Gaga! I LOVE YOU MOTHER MONSTER!

This is an amazing album from the Aussie rockers, what a comeback after 8 years!. Why is this not on the list yet?

24 Deathconsciousness - Have a Nice Life

This is how the world ends. Not with a bang, but some really neat basslines.

How is simple plan below this? this album is so bad.i can't make out any of the lyrics and there probably just whiny emo lol. everything about this is so bad the lyrics the guitars the singing everything really. if you want real music, go listen to linkin park. they are so good and so e motional unlike this.