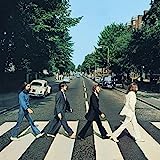 This has got some knee-smackin good tracks in it. Pretty dang good. Every song feels different from the other, like uncle bobby's pie where you have no idea what each slice will taste like.

This album cover is full of conspiracy, that's why this should be always in the top three.

Best beatle album in my opinion love the white album also. The Beatles. The best band in history by far. John Lennon king of rock

I see somebody said nobody would have thought of this, I guess someone did.

I guess walking across a crosswalk is more artistic, has more effort put into it, and puts more thought into it than this.

Check out the guy wearing a Rolling Stones shirt! I guess they were a fan!

Between this and Abbey Road for most iconic.

This one took more time.

The simple black and white drawing is so severe. The figures entangled amongst strands of hair add to the complexity.

They where about to pick the album picture when the piece of cardboard slipped back and the current photo appeared and The Beatles where like "Ah!,can we use that..ya.Rubber Soul

Not my favorite. Not even in my top 3. But absolutely genius nonetheless. At a time when they were putting out some of the most unique and interesting to look at album covers with Revolver, Sgt. Pepper's, and Magical Mystery Tour, people would wonder what crazy cover art would be on their next album. And it was... nothing. Nothing but a little off-center box of embossed text telling you who made the album. But how bold and actually creative! Were they just so high that they ended up thinking "Hey, rather than outdo the competition, we should purposely put out something boring looking so that we end up beating the competition"? I don't know how they came up with it, I just know it was smart.

Unique, innovative, and just awesome. Taking away the album cover, the image in your mind when you listen to a record, was pure genius; it shifted the focus to the music and only the music.

The album cover creeps me out as much as the music inside it. That's why I love it.

There's a photo of Paul that makes me laugh on there! Also the photo where George isn't facing the camera is funny too!

This one needs to be higher up the list.

The colors are cool

The Contenders
11 Beatles For Sale

Why is this so low? It's one of their more iconic album covers. Aesthetically, it's very pleasing, and seeing Ringo on the bottom grabs your attention. Deserves to be higher than Please Please Me, at least.

This is the image I had in grade three at heaight of Beatlemania. This was the album in 1964.

This shouldn't be number 1, but at least should be in the top 5, its one of there more iconic covers

The stunning colours shown on the cover really draw you in, even if the album wasn't one of their bests, it would truly fit well on a wall in a your music room. The illustrations have a slight psychedelic look to them featuring Sgt. Peppers lonely hearts band and the characters from the fantastic film.