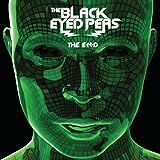 This album contains all of their greatest songs like I Gotta Feeling, Boom Boom Pow, Meet Me Halfway, Rock That Body and Imma Be.

I put Elephunk as number 2 because its quite an old school album, by the way it has 3 amazing songs, Lets Get it Started, Shut up and Where is the love?

I put the beginning as number 3 because it has my favourite black eyed peas song, Don't stop the party, but all the rest except for the time dirty bit are not in my top 10.

Finally, I put Behind the Front as number 5 because it has a few good songs (Falling up, clap your hands, joints and jame and movement) but the rest are... kind of rubbish.

I LOVE YOU BLACK EYED PEAS! 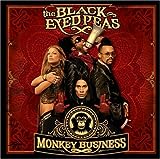 1. Monkey Business 2. Elephunk 3. The E.N. D 4. The Beginning 5. The Rest
That's what the list should look like, this is the best album features most of their best songs like Don't Phunk With My Heart (their best song), Pump It, My Humps etc.

Pump it, Don't phunk with my heart, My style, don't lie, like that, dum diddly, feel it, gone going 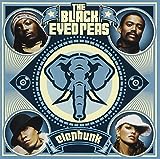 Shut up, Let's get is started and their ultimate song, Where is the Love?

Hands up, It's a Holiday, Let's get it started, Hey Mama, Shut up, Smells like funk, The Apl Song, Anxiety and my favourite black eyed peas song Where is the love

This should be Number 1, for definite. 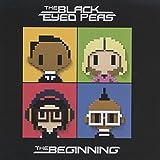 Don't Stop the Party and Can't get enough are almost the best songs by BEP. 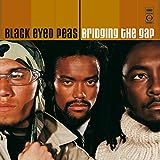 Bridging the Gap should at least be in the top 5. I mean last place? 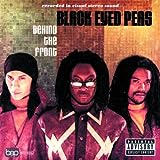 Underrated, Karma is easily my favourite from this album, along with Movement, Love Won't Wait and Fallin' Up.

Uh come on people it isn't that new techno bull crap and has real old-school rap! 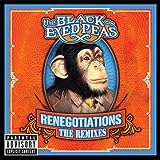 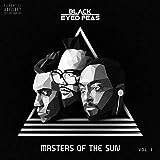 This is black eyed peas best album because it represents real hip hop. Beats and rhymes. I give it 4.5 stars out of 5. This was the best hip hop album of 2018 and it may even grow into a 5 star classic. 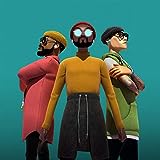 The reason this is last place isn't because it's the worst, it's just the newest. This album opens with probably Black Eyed Peas' biggest song to date, RITMO. It also includes the singles Mamacita, No Manana and Feel The Beat. This album is just great. There are a few songs which feel repetitive, but there are 15 songs on this album. No TERRIBLE songs, the worst songs on the album are either boring or repetitive. It also has the highly anticipated 'Girl Like Me' with Shakira, which definitely doesn't disappoint, its an amazing song like a lot of songs on this album. But my favourite has to be ACTION. Overrall, I give this album a good 7.5/10, and I definitely recommend for summer.