The Top Ten
1 Nightfall in Middle-Earth 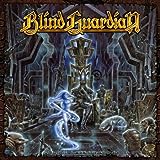 My first ever album of this band. Such a masterpiece that even led me to read a book(not any musical album does this), The Silmarillion to be exact. It transmits perfectly the emotions that this book transmits when it is read.
Amazing vocals from Hansi, especially in The Eldar, beautiful melodic guitars and piano sounds, and amazing and powerful drums and bass guitar.
This album balances perfectly between powerful songs and more melodic and ballad songs. Every power metal, metal, Tolkien and Blind Guardian fan must listen to it.

The reversed chronological order in the storytelling simply works. It helps to build a sense of tragedy and a perspective to the road of the end of this once-great civilization & kingdom. There is a good mix of ballads and more traditional power metal, all of which are good in their own right and all tell aspect of the story. The album really captures the sense of Epic Tragedy about aspects of the story, I myself am partial to When Sorrow Sang as the raw emotion of the song rings and leaves an impression.
Truly an album not to be missed, for any fan of Power Metal in general let alone BG

Reading up on the story behind each of the songs really makes a difference and changes this album from a great album into pretty much the best album I've listened to. This is especially relevant to "When Sorrow Sang", which turns from anger into tragedy, if you do read up on it.

Most every song is great, but in my opinion the narration in between every song makes it hard for me to listen to as a whole.

There was a comment under Blind Guardian, which I posted roughly a couple of months back on the best Power Metal Band list regarding Somewhere Far Beyond, which was back then the very first album I listened to from the band and anticipated one of the rest of their works to eclipse its greatness. Well! I've completed their entire discography now and no other album proved to be even half as impressive as this (barring Imaginations from the Other Side)..

This album is a strange one. It has some of the highest highs and lowest lows. Highs are Journey Through the Dark, both Bard songs, Somewhere Far Beyond and The Quest for Tanelorn.

This album was 'transitional' - from the early BG to a more mature and diverse BG; Hansi revealed more of his incredible vocal skills.

I also feel that 'Time What Is Time' is somewhat underrated even by the BG fans - this song is awesome and 'transitional', while Journey Through The Dark reminds of their early raw speed metal.

Probably their most ripped-off album by other power metal bands. Time What is Time, Journey Through the Dark and Bard's Song (though I prefer the re-recorded version) are some of their greatest songs. My favorite album from Blind Guardian is either this one, or A Night at the Opera.

3 At The Edge Of Time

A great range of songs, great production and inclusion of the orchestra. Every song is fantastic, literally every song on this album is a stand out track.

This album just combines old and new blind guardian in a perfect way. The epic of a song like wheel of time is unique... Next to and then there was silence. But sacred worlds and other songs make this album also superior.

This Masterpiece brought me into the beauty of metal.
My favorit track is Sacred Worlds.
It is an incredible how this piece of art
influenced me.

The renew of the band

4 Imaginations From the Other Side

@visitor RE "Nightfall is spoiled by those interludes". I disagree - Nightfall is a concept album with many progressive elements and these "interludes" are part of the whole story. Moreover, some "interludes" are the most beautiful pieces of music I've ever heard - Battle of Sudden Flame, The Minstrel, Out on the Water. I wish Blind Guardian made longer songs based on these tunes and music ideas because they are magical pieces of heaven.

I really don't like to choose between all these great albums. But I choose
"Imaginations From the Other Side" as it was my introduction to Blind Guardian in the first place. You can't beat nostalgia

A hard hitting album that almost never stops or slows down. Hansi's vocals were at their best and most brutal.

'Nightfall' is grander but spoiled by those interludes. This is excellent from start to finish with enduring classics.

5 Night at the Opera

I think this album has so many great songs like: "Battlefield", "Sadly sings destiny "and "... And then there was silence", Hansi sings greatly like always, the instruments all sound great, and it is just overall a great album

Ranked way too low on this list. This album is very symphonic and its sound heavily relies on choirs, which takes some time getting used to. Once you start embracing the unique sound, a world of brilliant patterns and transitions unfolds in your head.

A very unique album, in metal and in music in general.

This album has a lot of good songs and their best song ever. The drumming is amazing and the lead guitar melodies are great, but the rhythm guitar seems to be pushed so far into the background its hard to hear.

This album and Somewhere Far Beyond are my two favorites. This has plenty of symphonic, classical/folk inspired bliss that takes you to worlds of your wildest dreams. Especially the closer, And Then There Was Silence, which is my favorite Blind Guardian song.

6 Beyond the Red Mirror

This with "Nightfall in Middle-Earth" are BG's most symphonic, complex albums with insanely good storytelling. But - in contrast to Nightfall this Album tells a self-invented-story, Rhapsody of Fire-like. Well, It's not that the nine are not copied from certain Valar and the fallen son definitely is NOT Melkor but... The Lyrics
are poetry -Just look at "Precious truth in a cage it has been captured but safe and we will bind it and blind it with lies"; this also was the first BG album I ever bought and it's one of my favorites along with "Nightfall" and "At the Edge of Time"
Of course, some might be annoyed by Latin Choirs and stuff, but in my opinion these make the songs even greater. Also there are in fact heavy songs on that Album e.g. Twilight of the gods". The whole album is simply a perfect mixture of symphony and heavyness.

Great album. My only problem is the mix seems to be off. Some parts of the songs also seem to be "empty" making them less epic and engaging. At the edge of time is their second best songs ever.

Wow, this album is defiantly Blind Guardian's biggest project, and while I am a big Tolkien, thus I am inclined to love Nightfall in Middle earth, I have to admit that Blind Guardian's work is getting larger and grander. In Beyond the Red Mirror, the band worked with three worldwide choirs and two full orchestras. If only they had the choirs and orchestras with them in Nightfall in Middle Earth

Being a big fan of BG, I always considered Nightfall in Middle Earth as there best album (just behing SFB) but I am about to revise my ranking as beyond the Red Mirror is just amazing! I am surprised to want to listen to it again and again (in row sometimes). It is getting better and better. I think that makes it very good is the unique blending of easy listing songs with "old fashion" energic power metal ones so you can listen it what ever mood you being into.

Majesty is an awesome song (with an amazingly misleading intro). The album looks like the band is dissing the band Manowar (Manowar's album covers look like those falling people).

Majesty is awesome guys. One of the best speed metal songs out there and of course, my personal favorite from this subgenre (alongside Banish From Sanctuary).

I started listening to blind guardian yesterday, and I'm listening to this album right now.
It's very good! I like it.

8 Tales From the Twilight World

How this can be below "A Twist in the Myth" is beyond my understanding. Lost in the Twilight Hall is one of the best songs in BG's discography, and many others from this album (Traveler in Time, The Last Candle, Lord of the Rings...) are up there as well. The music in it is unique, a mixture between the old and more speedy Blind Guardian and the progressive power metal we are familiar with nowadays. It marks the beginning of a change while being the change itself. This album is a masterpiece.

A great speed album. The opening track and the last 2 tracks are absolutely fantastic.The middle of the album is good, just nothing special.

This album is a gem, and a grand improvement over the first two albums, which were good, but largely influenced by other bands. With Tales from the Twilight World Blind Guardian discovered their identity.

The Last Candle is awesome - the intro scream, the chorus, the outro. Hansi's voice is superb!
Welcome to Dying, Lord of the Rings and Traveler In Time are also great songs.

9 Twist in the Myth

This album has a weird tone and the songs are a bit more simple then other albums. But most of the songs are really good. Turn the Page is a personal favorite of mine along with This Will Never End, Lionheart and Carry The Blessed Home.

This album isn't bad at all - it is just softer than their usual stuff and this may have disappointed some fans, who prefer different types of Blind Guardian songs. The album is vocal-oriented and has some of the best vocals and vocal harmonies by Hansi, if not the best. Songs are very well writen and performed. I listen to this album for the vocals that are pure bliss. Hansi deserved an album focusing on his great vocals.

I've seen people say this is a bad album because of it's focus on vocals, but as someone who got into Blind Guardian, and metal in general, this album is great, maybe exactly because of its focus on good vocals.

A welcomed return to their heavier work found on their first two records. And if I'm being honest, it's a little bit better.

A better effort then their debut album and a heavier speed album then Tales from the Twilight World, but it only has 2 stand out tracks, Follow the Blind and Valhalla.

This album is extremely under rated; songs like banished from sanctity, and follow the blind, and don't brake the circle are particularly awesome. this album certainly deserves higher than last
(although the idea of putting a blind guardian album last for any thing should be a sin)

Banish From Sanctuary in one of my favorite BG songs - aggressive and fast. Love Hansi's raw voice and the solo is really amazing, too.
And don't forget Valhalla is on this album, too.

This album has some good tracks, but nothing that needs to be played live at a concert. The production is also a bit off.

12 Symphonies of Doom
13 Legacy Of The Dark Lands

I think this album has great orchestral worl, Hansi's voice is great as always and the interludes are great as well.

Now that Metal_Treasure is inactive currently, nobody even realised Blind Guardian has a new album out for two straight months

Just went downhill after the demos.