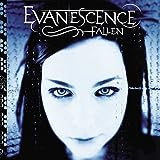 5 stars. Best album ever. Bring Me to Life, My Immortal, Going Under, Torniquet, My Last Breath, Everybody's Fool, Whisper is my favorite songs. This album is sadness and heaviest. Absoluetly perfect. Amy's haunting and beautiful voice, guitars, drums, electronic effects and influences is very nice and great.
Best album all of time.

Brilliant album, 10/10 for me. Every song is meaningful and amazing to me. Amy's voice gives me chills right to the bone. She's very inspiring and has created one of the best albums ever!

This album is a legend. It's an album that you've got to have even if you're not the greatest fan. The perfect mixture of melancholy, anger and a bit passion. All in the right dose, a complete addiction

Always intense, but makes you think it's a calm, soothing band, but they make you realize your wrong. Love "Going Under", "Bring Me to Life", "My Immortal", and so much more.

This album is simply amazing. I was OBSESSED with this album when I first heard it in 2014. EVERY song on this album I completely fell in love with. My top favorites are: "The Change," "Oceans," "Never Go Back." My favorite out of the deluxe version tracks is "New Way to Bleed." AMAZING song. I definitely recommend this album to EVERY Evanescence fan. They're my number one favorite band of ALL TIME, since I'm emo.

Best Evanescence album in my opinion. The best songs according to me are: Erase This, End of the Dream, My Heart is Broken and definitely Secret Door. This is some of their best work and it should be at the top of the list.

This is by far their best album. Fallen was a superb record but every song on this one is a true masterpiece. It was a long 5 years to wait for another evanescence record but the wait was definitely worth it!

I do love all of the albums, but this one stands out from the rest. My favorite songs have to be What You Want, My Heart is Broken, and Swimming Home. Swimming Home is such an underrated song!

The Open Door is the second studio album by the American rock band Evanescence. It was first released in Poland on September 25, 2006, through Wind-up Records and subsequently in more than 20 other countries worldwide. Originally intended to be released in March 2006, the release date of The Open Door was changed due to guitarist Terry Balsamo's stroke, the loss of the band's former manager and Will Boyd's and Ben Moody's departure from the band. The album symbolizes a new beginning for the band, incorporating new elements in their old music such as gothic rock, symphonic rock and pop music as well as choirs on several songs. The writing process for the album took a period of over 18 months and the majority of the songs were written by Amy Lee and Terry Balsamo, while being produced by Dave Fortman.

1 Call Me When You're Sober
2 "Lithium"
3 sweet sacrifice

The theme is beautiful and it includes beautiful songs like Lithium and hits like Call Me when You're sober. It's amazing and has a lot of songs (13 - 14? ). I'll never get bored of this. (My favorites are all of their albums though)

Certainly Evanescence's most experimental and eclectic effort to date, this record consistently endeavors into a variety of new territories that greatly expand their sonic palate.

This album is really amazing, I think it's my favorite by this band. My favorite songs on it are Lithium, The Only One, Good Enough, Love Control, and Like You.

I think this album was the darkest of them all. I like that Evanescence managed to make the music dark yet beautiful at the same time. This album had some songs from Fallen (kinda was their demo) and they were so much more raw. It was personally my favorite right beside The Open Door.

This is such a dark album, their best album to be honest.. I don't know why people don't give it much recognition..

*ahem* WHY IS THIS NOT HIGHER? At least above Anywhere but Home (no offense, love that album)...
I think its just because nobody has really heard this album.. It has some of their BEST SONGS in my opinion! Some I like even more than Fallen! Go listen to Even in Death, Lies, Where Will you Go, Field of Innocence, and the two early versions of Imaginary and Whisper. THEN, some of you MUST agree with me._.

Has the best songs. Period.

Umm...guys? Am I 'the only one' who -not thinks, but knows- that Amy Lee's voice is TERRIFIC and you could hear it much clearer on a 'live'album? Guys...nothing is better than listening to her voice on the stage rather than the studio.

Great Album. I like this songs Anywhere, Farther Away, Missing.

I wish "Breathe no more" was on "Fallen" album.

It is an amazing debut album. Dark, sad and beautiful. But it also has wise lyrics. We can see there the beginning of the legend rock band. And "So close" left a mark on my heart. This song will always be "so close" to me.

Mystic and magical. My favorite.

13 Not for Your Ears
BAdd New Item