Classic like no other. Jays lyrics are on key and with the production from some of the best New York had to offer, Reasonable Doubt is one of the greatest records to ever exist

One of my personal favorite albums in amy genre.. Probably the best Rap album since 1996.

My top 3 rap album of all time:

Reasonable Doubt is definitely a contender, but Blueprint marked an era when Jay-Z was THE best rapper. It both demonstrates lyrical skill and great beats that revolutionized hip-hop. It is my favourite Jay-Z album.

Classic album. Definitely his best work in my opinion. The Beats are on fleek and his lyrics are worth listening to.

This is my top 5
1. The blueprint
2. Reasonable doubt
3. The black album
4. Hard knock life
5. American gangster

Has the best beats best songs! The whole package!

Jay Dropped the Black Album and Backed out as The Best Rapper alive! Every single song is brilliant piece of work, Heck Even the PSA(interlude) is! He's truly Modern Day Pablo! Jay-Hova! Roc-nation!

This is where Jay smashes sales and breaks into the mainstream. 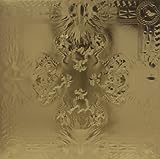 No way Magna Carta is better than this. Don't vote unless you know enough about hip hop. 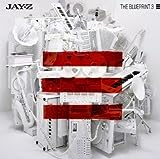 It's not as good as some as his older stuff but, songs like the story of o.j.

Kill jay z and 4:44 are on par with Empire State of mind, 99 problems and in Paris I like 4:44 and think it deserved all the Grammys it got this year

9 The Blueprint 2: The Gift and the Curse

Magna carta and blueprint 3 is better than this?
No way get your facts straight before you vote

Easily one of his best albums, real Jay fans know this! 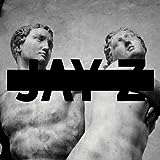 Love that title track, but the rest of the album, not so much.

It's a pretty good banger album.