King Diamond is the band that King Diamond (Kim Petersen) formed after he left Mercyful Fate. Like Mercyful Fate King Diamond's self titled band was one of the biggest successful band in the realm of Heavy Metal/Black Metal and was highly influential as well.
In total, till now they have 11 Studio albums and 2 EPs.
The Top Ten
1 Abigail 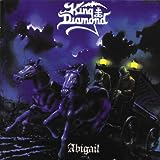 I'm not a metal head by any means but this is one of the best albums ever created in any genre of music. The musicianship is equal to the production. There are just many great things happening throughout that I still feel I don't truly know this album even though I've listened to it well over 500 times. Musicians beware: it's one of those pieces that can inspire you but more likely make you want to quit because...well...you can't do that. Period.

Abigail and Them is 1A and 1B. While Welcome Home from Them is their signature song, I give Abigail the edge because of the great songs, story, and originality. Both are very high on the list of prog metal concept albums.

Not only the songs are one better than the other, the quality of the recording is also outstanding, even more when you think it was recorded in 1987! In my opinion, that was the apex in terms of composition.

Although all of the king's work is great, this one got me into him in the first place! This album is a masterpiece, amazing! 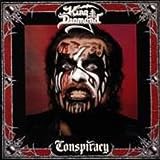 Excellent album! My personal favourite, but all of the albums pre- spider's lullabye is a must have.

This album is great from start to finish. By far the best.

Fantastic albums, should be right after abigail.

Amazing album.2nd after abigail in my opinion 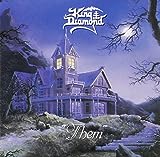 I thought this just pipped Abigail; great consistently good tracks and what a great horror story! One of the greatest metal albums of all time!

King Diamond involves you into the story incredibly well, I could almost feel Grandma chasing me through the woods.

Best songwriting and guitar solos of all Kings albums.
Abigail is a very close second. 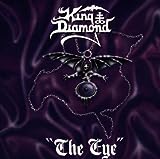 This was maybe the final freshness of King's albums. King Diamond is one of my favorite bands and this should take the fourth place on the list. While Fatal Portrait is the beginning of a great adventure it lacks that personal touch in composition the following albums have. From Abigail onwards King Diamond evolves into something appart from other heavy metal bands in a compositional matter. Kings vocals are always irrepreensive but it is Andy Laroque who does a hell of a job on creating King Diamond's unique backtrack layers so the Diamond may shine. This is a fine piece of art and it brings back some good memories of my youth!
For me, this album stays as my personal third favorite, being Conspiracy my first and Them my second but Abigail has to be in first because it's a landmark. I discovered it it later and I am sure that is way it doesn't give me the same adrenalin these other give.

This album must the fourth of the list. Great album with great music and story. Must be heard by a real King Diamond fan.

Don't waste time reading this! Just go listen to "The Eye" straight away 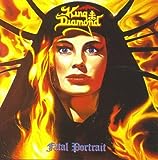 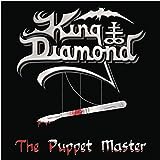 Amazing set-up on the album, should have been on top 3 together with Conspiracy and The Eye! A brilliant intro with ''Midnight'' and an amazing starter with ''The Puppet Master'' and ''Blue Eyes'' was at least one of the greatest songs ever made from Diamond.

Best post first-era King Diamond album. Does deserve to be in first 6.

Best Kings album for me, great sound, solis, melodies, riffs, every song is memorable and story is creepy 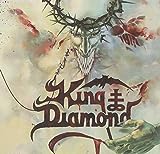 Just listen to "The Trees Have Eyes" and you will understand why this album deserves to be in the top 5.

King Diamond's most underrated album, deserves to be way higher 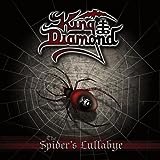 This is the most underrated Diamond album. It's smokes House if God, and has the best drums since Mikkey left. Deserves to be in the top 5.

This album has everything, including Dimebag!

I love the story and at a time when metal wasn't very interesting KD gives us this gem.Id rank it third behind Abigail and Puppetmaster

The Contenders
11 Give Me Your Soul... Please 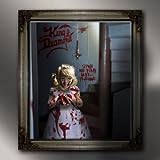 The best album ever... Its background cover story along with the musical power backs the album up... It should definitely be in the number 1 spot..

It dose have the weakest vocal performance by King, but the song writing makes it otherwise well worth it.

It's great and emotional, and more refined. 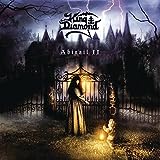 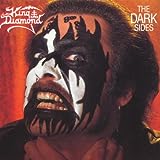