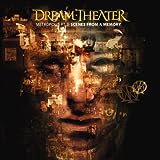 My first contact with Sfam was amazing, and I had not even got to the bottom of it. It takes time to understand the album, but the variety and the intricateness of the album make it an absolute need for anyone wanting to know about progressive music. A mind blowing album & story from one of the best bands in prog metal ever.

I've listened to lots of music throughout my entire life... nothing really compares to the awesomeness of the instrumentalists of Rudess, Myung, Petrucci, and Portnoy, and the unique emotion jerking vocals of James LeBron.

The important u must listen first scene.. From Regression to Finaly free. this is so amazing album, if u already listen from First scene to end, u know what the meaning, the concept of this album.. Best Ever

THIS ALBUM IS AMAZING! I'm trying to get the theater guild at my school to do this as a play/musical lol. they still can't figure the story out lol

There is no doubt that "Operation: Mindcrime" should be known as the best metal concept album ever made. Being a die hard Iron Maiden Fanboy, I feel that this albums blows away Seventh Son of a Seventh Son without a question. There is not one bad song on this album. This is Queensruche at it's best. This album is so amazing, it almost converted me into becoming an anarchist. The production is outstanding, the harmonies from metals great Geoff Tate blow me away every time I listen to Operation: Mindcrime, and the storyline is fantastic. Though, it does get a little slow during the ten minute "Suite Sister Mary. " Other than that, Operation Mindcrime should be known throughout the world as the best metal concept album of all time. Hell, it was #2 on a list of regular concept albums, except Pink Floyd: Dark Side of the Moon won that list.

This album is nothing less than THE DEFINITION of a story-telling concept album.
It is told from beginning to end, without anything outside the story or confusing jumps.
Every single song is a unique masterpiece. Knowing almost all of its competition in this list, this is still number 1 for me.

Simply amazing from start to finish... Music wise and story wise. Come to think of it: That story would have made a darn good moovie!

It was EXTREMELY difficult to choose between this and the sublime "Still Life" by Opeth. I gave it to maiden though, on the basis that this album inspired many metal concept albums which proceeded it. Each song can stand on its own, and become even more amazing when one listens to the album in its entirety. Arguably maidens best, and one of the best metal albums of all time.

I bought this album in 88 and I still listen to it. Enough said.

You are stil peasants but at least you have some taste and are finaly worth something!

Actually, this is a concept album. It's not only a tribute to deceased former bass player Cliff Burton, but nearly every song on the album is anti-war/government. Plus, every song is long, with very technical arrangements and lengthy instrumental sections.

Great story in the lyrics to the songs. You guys should really take a look at it. It will blow your mind.

The story is perfectly emotional

First album I listened to when I discovered King Diamond. I cannot get enough of this album. I even got to see them perform this album live and in its entirety back in 2015. Abigal Is not my favorite album from King Diamond, it's very hard to choose. But I know you will love this album. I have never been disappointed any album released by The King.

Greatest of all time

Beautiful, intense and epic. Can't get enough of Hansi's vocals - Thorn, Into The Storm, Nightfall.
Hansi is not only one of the greatest singers, he is probably the best story teller on this list - for example, Time Stands Still (At The Iron Hill); Nightfall.

Scenes from a memory is definitely the best but this one needed some love. Its incredible. Other great contenders for me would be Crack the skye and the black halo.

Unlike a lot of these, there is a lot to this album. It actually tells a story, which not many of these albums can claim to have. It doesn't matter if the style is all over the place at times, it still makes a consistent theme, which is a lot more than a lot of concept albums can claim.

This is the album that'll sell non-believers on. mastodon. It may not be there most ambitious but I find it a great escape. Kind of like sitting down to read a book.

This should be way higher, the storytelling on this album rivals the actual book 'moby dick'. And the song Blood and thunder contains the most epic line in songwriting history 'SPLIT YOUR LUNGS WITH BLOOD AND THUNDER! '

Great album! Not the best in the list, but is still amazing! The human equation (or really any ayreon album) has an epic story line, scenes from a memory is one of my favourites, iron maiden, symphony x, kamelot, opeth, therion... Gah! There are just too many great albums by great bands to choose a best!

Although I prefer Horror Show and Night Of The Stormrider as concept albums, this album is still pretty great in my opinion!

An album about a wolf-like man climbing a mountain to place a crystal skull at the summit to (this is what I've read) reach the next step of human evolution, sure why not. Amazing story telling that rivals all books I have read, because if you think about it books are 90-98% filler. However this album is less than 10% filler, and that's just setting the mood for each of the songs. The plot furthers with each song except for pendulous skin which is about Joseph Merrick. Every song is heavy and have great writing. Plot heavy songs like "Circle of Cysquatch" and "Siberian Divide" are great and do not have a bad thing about them. I only have four problems with this album; 1: Why hasn't anyone made a cartoon dedicated to this album and its story? 2: Why couldn't have been longer? 3: Why doesn't it have an extremely large fan base that rivals those of Star Trek and My Little Pony? 4: It never explains how it ends leaving us on a cliff hanger that will most likely never be explained. These ...more

Simply the greatest Mastodon album, This should be at least top 5, Leviathan ain't that great and AJFA IS NOT A CONCEPT ALBUM

13 Beyond the Red Mirror - Blind Guardian

Blind Guardian's 2015 album is flawless (symphonic metal). Epic, epic and epic.
The perfectionists from Blind Guardian worked on this album for 5 years and it paid off. Some of the songs had 8 versions to choose from for the final selection.
My favorite songs from this album are: The Ninth Wave, The Throne, The Holy Grail, Sacred Mind.

It's an anti-war album, released in 1995. It was pretty cool that an American band wrote a concept album dealing with a Serb boy and a Muslim girl who fall in love. The story of the album also focused on the Bosnian War, which was ongoing at the time.
My fave songs: Christmas Eve (Sarajevo 12/24), Dead Winter Dead, Doesn't Matter Anyway, I Am, One Child, Mozart and Madness (instrumental).

How is this not above Leviathan at least... It is by far their best album

More prog rock than the albums before this. I like that.

16 Parallax II: Future Sequence - Between the Buried and Me

I feel like Epica should be included in this because they are part of the same story, but anyway, it has masterful instrumentation and phenomenal vocals coupled by an amazing variation on one of the greatest pieces of literature ever. Not only is this an amazing complete album, but it lacks the drawback of many concept album in that its songs do a great job as stand alone pieces and not just within the scope of the entire album.

Simply the best!
A concept album loosely based on Goethe's Faust. Continuing the story introduced in Epica, it is the second and final record in Kamelot's two-part concept about Ariel.
Kamelot's amazing vocals and superb instrumentation is simply amazing

Just an absolute amazing album, Kamelot's best album ever for sure together with Epica!

All the songs on this album are based off horror movies