Great gameplay, mind blowing graphics and great storyline... Overall a PERFECT game... Deserves to be on the top spot

It is most amazing game that I have ever played I have too many games but it is my favoutite. 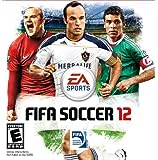 Best Grand theft auto game ever made.
Great storyline, good action, modable and a huge map to explore.
I understand why rockstar games is bringing san andreas back in Grand Theft Auto v

6 Call of Duty: World at War

Best Call of Duty game ever!

THE BEST rpg ever!
A great story and a LOTS and LOTS of other things to do..!
You can just do anything in it. Get married, ride a dragon, cast a magic spell, do mining, buy a house, and also be the best in whatever you can do. Beat That..!

Better graphics and better gameplay than FIFA! Just try it

This franchise is like a nuke. To this day I play this game and every time I do I like how you get advanced not-complicated settings. The hex-based new layout also gives you a diverse way to attack. The bonus for all the leaders also makes the game more fun, whether you want more gold from barbarians, double quantity from strategic resources, or more gold from trade routes. The various way to win the game also gives you the mindset to put up sub-goals to achieve total victory.

One of the Best Games of the world... Never get bored from this... It's been 5 years I'm playing this everyday... Now a part of my life...

20 Need for Speed Most Wanted

Played it again and again and AGAIN! Never gets old... One of the best racing games ever made & definitely the best of the NFS series!

Even thou Mas Effect 3 has the best gameply from the series (those multiplayer games were awesome), Mass Effect 2 has the engaging perfectly paced story, the character developement and the voice acting any other game would dream of. The bond you get with your squad mates is second to none, and the range of possibilities is HUGE. Even little acts you did in Mass effect 1 will at least have some conversation or mention in ME 2

Awesome game! I still play it even though it is a bit old. Simply a game that will live on forever!

Best game in my life

38 Prince of Persia: The Two Thrones

If you want adventure and action in the same game, then this is for you. With so many powers, abilities and weapons to mess around with.. Awesome graphics and story... Its definitely my favourite game among all that I've played. Unfortunately many do not know about this game... They don't know what they are missing!

Desperately awaited game of 2009 good graphics... Best storyline..
After mafia1 this brings you the story of vito scalleta which shows the storyline of asimple person as he further proceeds

It's only the best selling PC game of all time!