The Nintendo DS lite is what a handheld console should be. The clam shell design not only kept it safe when stuffed in your pocket or thrown in your bag, but also allowed you to quickly pause the game when you had to get off the train. The dual screen, touch controls and microphone allowed many different ways to play games and opened up the possibilities as to how a great could be played. The catalogue of games not only spanned the numerous DS titles but also included your favourite GBA games. The power of the console felt underpowered for its time compared to other handheld devices, but this kept the hardware cost low and crucially did not affect the quality of the games available. This has to be ond of the best handheld consoles. I would recommend anyone pick up a DS lite on eBay and you won't be disappointed with the plethora of great games at your leisure.

The DS had loads of games, and I would still play it today over the 3DS with its sickening 3d mode. Most of the games were replicated in making the Wii U, but this console was cheaper, and so were the games which meant that you could go to Best Buy and come out with 4 of these and money to spare on other games. You could easily get the DS, have most of the same games as the Wii U and more, but not pay nearly as much.

The thing is with the DS what should make it number 1 on the list is that it opened up the gaming world to virtually anybody. Where PSP made more serious games, the DS had games that appealed to everybody, no matter the age. The DS is much more diverse, and it has sold tens of millions of copies more than the PSP. That's why the DS should be number 1.

The best portable console ever made

The PSP is still the best portable gaming console today compared to the PSP2 the PSP2 may have a bigger edge on gaming and graphics but the old psp's are still very very good. I currently own a PSP 3006 and the color is pearl white and my sister owns a psp 3006 and her color is radiant red and one day I have an idea on what to do with my psp because I got pretty bored with the color of my psp and then I change the color of my psp and made it to a mix pearl white and radiant red colored psp 3006 system

Alright, this this is just objectively the best handheld console ever created. I'm a Nintendo guy. I grew up with my Gameboy Color, GBA SP, and DS lite. To this day, I love them all to death, and they all have great games that really pushed the boundaries of what could be done with a handheld. This year, I found a PSP 1001 on amazon for $50 and just decided on a whim to buy it, and that was a great decision that has held up. Firstly, the PSP has some amazing exclusive games on it. Its powerful specs enabled developers back 2004 to create some amazing games that to this day impress me. It's got Metal Gear Solid Peace Walker, Castlevania Dracula X Chronicles, Patapon, and much more. However, that's only scratching the surface of what this thing can do, because it has full support for the ENTIRE PSX library. That's right. This tiny thing in your pocket can play any original Playstation game, which alone would make it number 1 on this list, but there is one last thing to convince you. The ...more

PSP is the greatest in my opinion 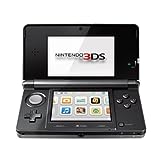 Deserves to be WAY higher than PSP

This is so the best! This should be number 1! All the non-Nintendo ones should be removed especially the ipod touch. The ipod touch is not, I repeat NOT a game system.

I is the best. I love it very much.

Playstation Vita from Sony has it all, from photographs to connections and custom settings that will find the user in engaging situations and entertainment bundle that does not disappoint. It is 100% what it should be and one of the best 8th Generation hand held consoles ever built. Amazing graphics and stunning details much to gain from the device. Beautiful! - iliescu

Back light. Played ALL game boy games. Vibrant screen. Biggest library of games. What more do you want.

I've had this thing for over 11 years and have not once had a single problem with it. It's simple but can play and endless amount of titles, small enough to fit in your pocket, nice loud speaker, backlit screen, durable, great colors. Not enough I can say about it.

This is the best handheld ever. There are both frontlight and backlights models so you can play in the dark and it has backwards compatibility with all GB, GBC and GBA games. Also like the DS it folds in half so you can put it in your pocket easier! Only complaint is no headphone jack but otherwise it's amazing

I feel it has some of the best games ever crated

It is why we even have handheld gaming right now. - USGC

Great handheld with excellent fit and finish. The original GBA uses just two AA batteries, pop in new batteries and it works like new to this day. The only drawback is no backlight but this gives the GBA an incredible amount of battery life for cord free game play! Other handhelds using proprietary batteries are dead in the water due to the battery no longer holding a charge.

Fantastic handheld that had far more durability and a massive graphical upgrade from its predecessor, the GBC. Its library is fantastic also; a few examples include A Link to the Past, the Mario Advance titles, Fire Emblem, Advance Wars, FF6, Superstar Saga, Pokemon Emerald, Metroid Fusion, and Castlevania Aria of Sorrow. The pinnacle of handheld gaming in my opinion.

Very sleek design, comfortable to play, some games ported from genesis were actually better on game gear. Full colour display, better than master system slightly. The machine itself came in different colours. It was ahead of its time. Just needed better support from other parties. Battery life can be improved with a LED mod, or even just use rechargeable batteries...done!

Full Color desplay and a backlight! But the worst ever battery!

Microswitched stick, 40 hour battery life, an insane selection of games, and the ability to link to a Sega Dreamcast should put this system on the list.

I t's a slightly worse version of the ds lite

Best portableconsole on the market until the nomad. First 16 bit system and active lcd screen.

Graphics should alone put it at number 1! The other companies aren't even trying anymore besides Sony.

This is the most powerful machine on this list. Nothing even comes even close to it and it can emulate almost this entry list.

Guys this monster can emulate all of the above and below. this is the perfect handheld console

Can not be beaten. Still using mine now.

Hands down the best handheld console. End of discussion.

This is practically the same as the 3ds. They both should be one in this list.

This system should be instead or with the 3ds

Well ahead of it's time. Great system.

A CONSOLE YOU CAN TAKE WITH YOU? TAKE MY MONEY!

This device has face-tracking 3d(awesome) which allows you not to be so stiff when you play. Also, Pokemon and Super Smash are both on there! What else can beat that?

The Wonderswan is a great console with a unique design and good library of games. It is very underrated in my opinion.

Psp go is good its way too underrated

It is awesome! No problem for me! You Justin have to master don't follow wich is am easy this game in my opinion!

My favorite console is this - jwaughtal

We can play all games Nintendo games on it

This one is a better and upgraded version of the original PSP, though it has improved a lot until the Vista came along

Sega Nomad was great and still is. Just have extra batteries on hand. You did not need to buy new games because most likely you already has them if if owned a Genesis. Still have mine- love it and always will. The Nomad ROCKS!

It is called a sega nomad - jwaughtal

Small but perfectly formed. High pixel density and overall cuteness make this a treat for the eyes.

Yes, that's the actual name, it has another stick and 2 more back buttons, it also has better hardware and more powerful graphics, can't wait for it to come out in 2015 - Harri666

This is better than the original 3ds, 2ds and 3ds xl. All 3ds' should be merged as one in this list and if it happens, Nintendo 3ds will be at the top

This should be at least 3rd because we all know that sega was once the leading game company and it deserves to have fare judgement.

This Nintendo DS should be up at n1 because you can also play Gameboy advance games. I think that this feature should put it at n1

It is the best boii

Love this! Snes portable! Just one question, can I use super game boy? Can I use those cool add ons for retro duo portable (a very similar console) on the supaboy?

I Want to get an eye strain

Whoops I.ment this for the new 3ds

It's a perfect DS model

Sure, it may be a bit bulky, but you could put Mega Drive cartridges in the system, and it was portable! You could even connect it to your T.V. ! It was amazing.

The Nintendo virtual boy can give you eye strain within 15 mins of play this thing could do it in 15 seconds!