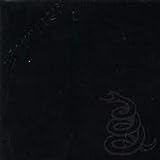 I love this album, there are many good songs on it and one I enjoy listening to in the car. "Wherever I May Roam", "Sad But True" and "Enter Sandman" and some of their best songs.

many think this was their last album before being "commercial" (something that I think isn't true 'cause Load and ReLoad had some good songs, and Death Magnetic had awesome songs)
the album's top 3 songs are: "Sad but True", "Enter Sandman" and "The Unforgiven"

2 The Beatles (The White Album)

This album is so versatile! Each song is different. Acoustic Blackbird and electrical While My Guitar Gently Weeps, Prog rock Hapiness is a warm gun and Rock and roll Back in the USSR. Soft rock Martha My Dear and heavy metal Helter Skelter. It is in my opinion worse than Abbey Road, Sgt Pepper, Revolver but it is still one of the best album of all time

One of the greatest rock albums of all time. A great listen from start to finish.

Keep yourself alive, Liar, Great King Rat, My Fairy King, and so much more... this is a criminally underrated album that most people haven't heard. This is heavy, raw, metal Queen that came before their poppier works and man is it badass...

This is basically a greatest hits album by Weezer, but it's not. That's the beauty of it. Weezer never made another album quite like it either.

Instant collection of radio hits packed with dorky yet often times relatable lyrics. Its water tight and has stood the test of time.

This is the best album ever. Say it ain't so! Why are the red and green album from weezer not on this list?

All Though not Led Zeppelin best album still better the all the albums mentions above. To futher my case three words "Dazed and Confused"

8 System of a Down

At their most heaviest! As well as at their most true raw and most genuine! It's one of the most unique albums there are! Not only that the lyric are incredible! War? Sugar P.L.U.C.K. mind Soil... There's so many songs on here that prove that these guys are certainly the rulers of their time!

A great album, one of the best.

10 Rage Against the Machine

Maybe their best album, the one which have the greates impact on the feelings of the listener. Released in 1999, this albume made them famous and had an huge success all around the world.

Definitely deserves votes. Just listen to Hash Pipe and Island in the Sun

A great album that succesfully combines their older, progressive style with their newer, heavier style.