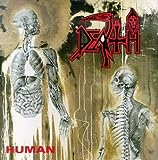 Suicide Machine and Lack of Comprehension is great

4 Annihilation of the Wicked - Nile

This and Epitaph should be #1 and #2. The only Death album that should be on here is Human.

Most brutal. Technical but not fast melodies.

5 None So Vile - Cryptopsy

None so Brutal. Period...

One of my favourite debut albums!

Best metal album of all time.

One of the best of all time.

8 Pierced From Within - Suffocation

Technical death at it's best. This album hits you like derailed train.

Easily the best. A legend.

This is the best album on the list, but it isn't tech death. In fact, it's kinda hard to categorize this. It has elements of prog, death, thrash and trad and even doom, but its all more atmospheric than most of the stuff in those genres.

How the h3ll Spiritual Healing is Technical Death Metal? It's a 100% Death Metal album.

The Contenders
11 Winds of Creation - Decapitated

Incredible album and even more incredible regarding that the band members were circa 16 y/o, when they recorded this...

12 The Sound of Perseverance - Death

"Behold, the flesh and the power it holds! " *Epic riff*

The best Death album ever!

One of the most inventive albums ever.

21 Effigy of the Forgotten - Suffocation

23 The Aura - Beyond Creation

25 Scepter of the Ancients - Psycroptic