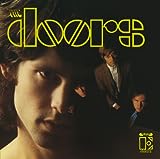 I'm not really a Doors kind of guy. I liked some tracks here and there, but overall, I just couldn't get them. My father was getting out his Doors records and played me Strange Days. I didn't get it. I just didn't like the dark poetry and the overly psychedelic music. Then he played this. Self Titled immediately grabbed my attention. I loved the more blues based song writing while still getting Jim Morison's brilliant yet dark poetry. This is my favorite of there discography. I also however love Waiting for the sun and Morison Hotel.

This is a genuine masterpiece. Such a blend of various styles, from Physcadelic, to blues, to acid rock. Yet, all of it seems so personalized to The Doors themselves. What's more is just how well every member works with one another. One of the greatest albums ever made, no doubt.

This is probably one of the few albums I've heard in my entire life where I love every single song. Not a single dull one, each one has it's own character. All four members contributed to the memorably distinct sound of the Doors.

One of my favourite albums of all time.

One of those albums you can set back and never have to skip more than 1 or 2 songs.

I can listen to this and Strange Days all day, but somehow not Doors.. although it is the best.

One of the best albums ever

4 Waiting for the Sun

Amazing album, so much variety on this, The Doors at their best if you ask me. Unknown soldier, not to touch the earth, summers almost gone, 5 to 1 etc.. I like every song off this album.

I love this album as well

Pulled the out of the funk of the soft parade and a great set up for la woman.

This isn't their best; their first album is. The critics (and some fans) didn't love "The Soft Parade"; however, I do. My parents had the album, and I played it over and over. "Wishful Sinful" is in my top three favorite The Doors songs.

Its not that bad..

9 The Best Of The Doors

On Cassette Tape it was one tape. I believe it left Alabama Song off the tape. On the CD it was a bonus track.

That's right. For the one I have it's got two discs of pure awesome Doors music. :-)

One of the greatest Live Compilation albums, ever. First official release of Celebration of the Lizard. Should come after An American Prayer in my opinion

14 Weird Scenes Inside the Gold Mine