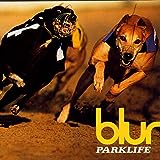 So good, emotion with songs like This is a Low, and To The End or pop fun and awesome sounding songs like the title track, Girls and Boys, End Of a Century, and Jubilee. Every track is amazing and this album is amazing.

This album really takes you on a trip. You get the fun poppy songs, the phsycadelic songs, even emotional songs. It's a very fun listen and always puts me in a good mood. Definitely one of Blur's best albums.

Underrated songs like 'Magic America', 'Bank Holiday' and 'Jubilee'. Be cool to see it get certified for gold in the US someday.

This is an album that in my eyes is a more mature blur album, than any blur album ever made (even more than Think Tank) It feels like they have grown up and I just love that sound.

My Favorite Tracks are: Song 2, Beatlebum, Look Inside America, M.O. R, and You're So Great
It's a great album.

"Beetlebum," "Song 2," "MOR," and "You're So Great" are all among their best and the album is a remarkable departure from the more Britpop-oriented style of previous albums.

The 4 singles alone ('Song 2, 'Beetlebum', 'M.O.R' and most especially 'Country Sad Ballad Man') make this album my absolute favourite. A clear steep change in sound but definitely one that worked on so many levels.

This album is extremely British. Most people will listen to it once, then never again cause it didn't do it for them. But it takes several listens to really enjoy this album, maybe about 10 listens would be enough to fully appreciate this album. All in all its one of their best. It's Blur being blur.

Before they were very famous, this is Blur at their finest. For me, this is their most influential album in the genre of Britpop, demonstrating their multi-instrumental talents, songwriting skills, with a killer cover, title, and perfect tracklisting. And Stephen Street! Designed for number 1.

What the hell this is only 4? And self-titled at #1? That album sucks and overrated. This is so much better. Great experimental album, with emotions on it. The music itself really speaks through my soul.

This album is better than think tank. I feel much emotions when I listen to this album..

Blur and william orbit are smart.. This is masterpiece. And think tank just overrated I mean there's something missing on that album like that just damon's solo album

Good experimental album, and it's better than the self-titled.

This album should be number 1. All tracks have variated tempos and emotion into them and yet you can feel like they all are from the same album. Some of it can be heard as of their older stuff and some of it their newer. We Got A File On You, Caravan, Brothers And Sisters, Ambulance, Good Song, Sweet Song... You name it. A close second to me would be 13.

Only at second place? To me is this album cooler than 13.

This has some great yet sad songs. A masterpiece for sure!

To be fair, this is tied for me with modern life is rubbish. My pick for the top blur albums aren't that similar to the ordinary fan. I favour their early shoegazing days and Leisure is amazing and needs much more recognition.

I don't get it.in every ranking of Blur's albums, this is last. Actually listen to it! Every single song is great! Sure it can't beat Parklife but it definitely beats The Magic Whip and 13.

9 Live at the Budokan

The Contenders
11 All the People: Blur Live at Hyde Park