Not how sad the death is, not the character that dies, but the overall death.
The Top Ten
1 Octavian: Heroes of Olympus:Blood of Olympus 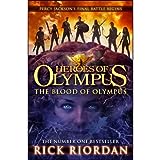 I would’ve felt kinda bad for him if he weren’t a complete jerk, murdered stuffed animals and trued to destroy the Greeks and disobey Reyna.-witherboss

My best friend was reading Blood of Olympus in class and when Octavian died she yelled," YES! Now he can go to Tartarus." Everyone looked at her like she was crazy.During lunch I asked her what happened because I was starting Blood of Olympus. She said," Octavian died. He went to Asphodel." At recess we both had like our own little party then after school she bought a pillow pet in "tribute" to Percy's that Octavian killed.

I was strangely relieved when he received Asphodel. I dislike him as much as the next person, but he was young, foolish yes, yet he believed he was doing the right thing.

I’m a terrible person for loving this scene. Like, Nico and Will just standing there as Octavian hurls himself to his death. And then Leo later describing that the giant flaming projectile that killed him was screaming like a little girl, I was like yes.

2 Leo Valdez: Heroes of Olympus: The Blood of Olympus

He did die. Leo died while killing Gaea so he was a real hero. He told Frank and Hazel all about his plan. Without them Leo wouldn't have gotten the Physicians Cure and lived. He also needed Festus for that by the way^

At 1st I thought he was actually dead. If you was I would have put the book on fire. Team Leo for life!

Didn't he not actually die he met calypso after.

He didn't die he met calypso

So heroic and brave. Beautiful death.

4 Luke Castellan: Percy Jackson and the Olympians: The Last Olympian

He died to save the universe!

I kind of liked him.

I was just starting to like Luke just when he betrayed Thalia, Annabeth and so many others. Deep down, He was evil even before Kronos. Still, Luke will be near my heart forever. 🖤🖤🖤

5 Bob the Titan: Heroes of Olympus: House of Hades 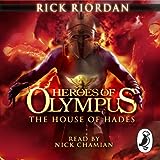 How dare you say he died

risked his life for percabeth.

I cry every time I think about how she sacrificed herself... AND LEFT MY POOR BABY NICO ALONE

Poor Nico, losing her. Her death was one the saddest in the series by far

So sad she died...
She sacrificed herself!

7 Charles Beckendorf: Percy Jackson and the Olympians: The Last Olympian

8 Zoe Nightshade: Percy Jackson and the Olympians: The Titan's Curse

I cry so bad when I read the scene where she died! Saddest death of them all!

I cried again this time in class

One of the saddest deaths

9 Selena: Percy Jackson and the Olympians: The Last Olympian

She was a hero

10 Lee Fletcher: Percy Jackson and the Olympians: The Battle of the Labyrinth
The Contenders
11 Jason Grace: The Burning Maze

I was shocked, Jason was the person I least excepted would die

YOU DARE MAKE THIS 12! HE DIED FOR PIPER AND APOLLO AND MEG! JASON!
He yelled again, "GO! Remember!"

12 Randolph Chase: Magnus Chase and the Gods of Asgard, Book 2 The Hammer of Thor
13 Castor: Percy Jackson and The Olympians: The Battle of Labyrinth

I almost cried when Mr. D came back