Top 10 Classic Albums of All Time

Classic Means One Of The Timeless Greats. Please Don't Mistake It For "Classical" 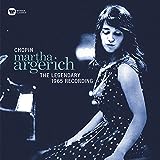 2 The Dark Side of the Moon - Pink Floyd

One Of The Truly Great Albums. It Deserves All The Attention It Gets. This Album Revolutionized Music. Evrything About This Album Is Absolutely Magnificent From The Music To The Lyrics To The Album Art. All Albums Stand For Something But The Dark Side Of The Moon Stands For Something Bigger. It Stands For All Music. There Isn't An Album As Great As This. Never Has Been, Never Will Be.

This will always be the #1 album for stoners.

Sgt Peppers Is 1 In A Million. It Never Gets Old. I've Been Listening To This Album Since I Was A 15.i'm 36 Now And I Still Love This Album. It's An Amazing Collection Of Fine Music.

Brian Wilson's genius will never be repeated again. This album is pure and beautiful and positive. Unlike most albums that have become a Cliché this hasn't. It stands for something different. It is a timeless great which for 36 minutes helps you forget about your problems and have a different perspective on things. And for that same time it gives you a glimpse of heaven so you feel much happier. In my opinion this is the best album of all time by a long shot.

Even The Name Makes You Feel Good.

True Rock from the best collection of musicians. They did what so many people were trying so hard to do

7 A Night at the Opera - Queen

How the heck is Machine Head higher than Night At The Opera?
This album is literally the most unique albums of all time. Who would have thought Opera and Rock would go together so well?
Queen did and the result? Something different yet amazing to listen to. This is the only album that doesn't sound like anything else. Nothing and nothing is like it. Great album and it seriously deserves to be in the top 5.

What's Deep Purple Doing In Front Of Queen. Machine Head Is Trash Compared To Night At The Opera. i Don't Think Anyone Actually Realizes How Magnificent This Album Truly Is. There Has Never Been Anything Like It And Judging By The Music That's Being Released Today I Guarantee There Won't Be. All The Tracks, All The Lyrics Absolutely Everything About This Album Is Number 1. And Further More Why Is Straight Outta Compton Higher Than Abbey Road, Kid A, The Velvet Underground & Nico, Blonde On Blonde, Highway 61 Revisited, Rubber Soul And Last But Not Least Are You Experienced?

Classic means unique AND this album is as unique as you can get. Name another album that has combined 2 genres as different as Opera and Rock And has made it sound good.

I Agree WITH what The Guy Above said.

Led Zeppelin Will Never Be Repeated Again And This Album Too. This album just gives me chills every time I listen to it. It has songs for every mood your in. No album has ever been like that.From Stairway To Heaven To Black Dog and All the other songs on its track listing. All of the songs are masterpieces and if anyone can't understand that they're better off listening to nicki minaj and all the other mainstream pop artists. This album is what being a classic is all about. From the Music to the lyrics to the production and album art. This album deserves to be number 1.

11 In the Hands of the Master - Vladimir Horowitz

I Can't Belive 2 RAP Albums Are Higher Than This.And What Is Kid A Even Doing On This List?
This Album Is A Timeless Great.It Seems To Be Very Simple But It's More Than That. It's Special. Lyrically And Musically Can't Be Matched. And An Absolute Classic. Should Be Number One And The Only Album That Can Come Close To This Is "Pet Sounds".

Its also an abomination that this weak crap is allowed to even be on the same page as the Beatles, Dylan, and Hendrix.

I'm pretty surprised to see this over Here while there's no sign of OK Computer.but I personally like kid A more Than OK computer.the entire production of this album is unique and special. It's one of the most unique albums I've ever heard. I love this album.

ONE OF THE BEST ALBUMS I'VE HEARD IN MY ENTIRE LIFE.

Would someone mind explaining me how "Straight Outta Compton" and "Illmatic" are in the top 10 and this masterpiece is 13? Without this album and the velvet underground many of the bands we know and love wouldn't exist. seriously this album paved the way for rock as we know it. If anything should be called a "classic" it's this.

18 Blood on the Tracks - Bob Dylan

It's an absolute classic. There has never been an album as great as this. Beginning to end it's fantastic and while you listen to it, it relieves you of all the pain in your life and gives you something to be happy about. This album got me through depression when I was 17 after the death of my father. Without this album I would have definitely died. I don't know about anyone else but to me this is, was and forever will be the greatest album of all time.

The Birth of West Coast Gangster Rap. Classic Album. Would rather here this then The Beatles. (different strokes for different folks.) Thank god for diversity.

What The Hell Is This Doing Higher Than "Blonde On Blonde"?

21 After the Gold Rush - Neil Young

Come on, who added all these great albums? you're the reason why this list in its currrent state is 100 times better than the best album list. thank you so much

Dude, everything in the top 10 does not have to be rock, but it should not be utter garbage like this.

An abomination that this is ahead of Abbey Road and Revolver.

Dude Everything In The Top 10 Shouldn't Just Be Rock. There Are Phenomenal Albums In All Genres Of Music.

Well Not ALL. But You Get The Idea

"I changed my motto, instead of saying f*** tomorrow, that buck that bought the bottle could have struck the lotto"

25 In the Court of the Crimson King - King Crimson