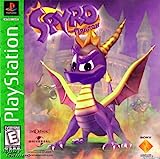 Crash Bandicoot is a video game franchise of platform video games. The series, originally exclusive to the Sony PlayStation, was created by Andy Gavin and Jason Rubin during their tenure at Naughty Dog for Sony Computer Entertainment.
Bandana Waddle Dee (Kirby)

Because he is one of Kirby’s friends

Scorpion is a recurring player character and occasional boss character from the Mortal Kombat fighting game franchise created by Ed Boon and John Tobias. His debut is in the first Mortal Kombat game.

Raichu, known in Japan as the same name, is a Pokémon species in Nintendo and Game Freak's Pokémon franchise.
Dante (Devil May Cry 4)

Dante is a fictional character and the primary protagonist of the Devil May Cry series, created and published by Capcom.
Scyther (Pokemon)

Honestly, while Scyther is really cool, he is not iconic enough, and if we aren't adding a pokemon from the newest generation, I'll rather add a pokemon from gen 3 or gen 5, since we haven't one of those generations yet, while gen 1 got so many. I think Scizor would be better, since at least we only got one gen 2 pokemon, and Scizor is more iconic, but even then I doubt it. - Eclipsmon

Edward Elric, commonly nicknamed Ed, is a fictional character and the protagonist of the Fullmetal Alchemist manga series and its adaptations created by Hiromu Arakawa.

The best choice for an anime character. Goku is nowhere near as cool as Edward Elric. I hope Roy mustang could join as well. - Smash64

Sceptile, known in Japan as Jukain, is a Pokémon species in Nintendo and Game Freak's Pokémon franchise.
Sora (Kingdom Hearts)

Popple is neither, and he is my favorite character that Nintendo ever made. Maybe Cackletta will be playable, and Popple will be a spirit that goes along with the pack of Cackletta. I don't care if Popple isn't playable, I just want him in the game, and I think his spirit battle would be very cool. More seriously though, I don't think Cackletta will be in smash. The creators of spirits are just high. - Eclipsmon

The only reason I want Steve in is because I'd like to see Creeper as an assist trophy. - Smash64

Master Chief Petty Officer John-117, more commonly known as the Master Chief, is a SPARTAN-II commando of the UNSC Naval Special Warfare Command. He is the protagonist and main character in both the Halo trilogy and Reclaimer Saga.
Black Shadow (F-Zero)
Monkey D. Luffy (One Piece)

Monkey D. "Straw Hat" Luffy is a fictional character and the protagonist of the One Piece manga franchise created by Eiichiro Oda.
Roronoa Zoro (One Piece)