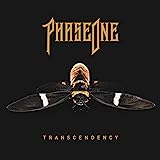 We are looking at one of the albums of the decade. This is an energetic, hardcore, invigorating adventure. As one track flows into another, or one section bursts from the previous, you are swept off your feet, with the sharp, heavy synths shifting into ecstatic breakbeats, and the numerous influences from orchestra, metal and what-not really make this a strongly diverse set of music.
My favourite tracks from this album are Lost, Break 'em, Insanity, Demon Hunter and Crash & Burn.

The dynamic duo of trance music. These two have collaborated several times before, and with this joint album they have really made something beautiful. There are tracks on here where you can just relax and the harmonious melody simply lifts you, and there are tracks on this which get you up with an uplifting energy, and in a trance club would be a solid floorfiller.
Best tracks for me are Kal-el, Lionheart, Kingdom United, Mansion 140, and above all, Amber Sun.

For lovers of bassy psytrance, this is one fine collection of music. But if you think it's simply a bundle of generic, bottom-of-the-barrel demos, you'd be very much mistaken. There is a deep vibrancy to every track, spawning an atmosphere which is as boisterous and rip-rawing as it is sinister and intoxicating, and, of course, psychedelic. Honestly, what an album. Every mood it makes is done so exquisitely.

4 Only In Dreams - Delta Heavy

Delta Heavy have long been one of my favourite bass music acts, and with this album they did not compromise their remarkable talent. But at the same time, they threw out some outstanding collaborations and opened up a new side to them. This album experiments with contemporary drum sounds, synth buildups and basslines to make something unique and powerful. They even did a future bass track that was as hardcore as their early drumstep! There's no denial that this is one of the most creative and novel albums of the year.
My favourites here are A.I., Here With Me, Replicant and Exodus.

Xilent has made something truly fantastic here. It's filled with his trademark robotic and futuristic dubstep, but there is something different about this. It's darker and eerier, and whilst you are getting down to this album you are also wallowing in its spooky, seductive aura.
Best tracks are You Rise, Particles, Code Blood and Human Error.

YOU CALL THIS REALITY?!?!
This is one captivating exploration of Brazilian trance. The melodies you experience in this album feel so serene, but despite the ominous buildups the aggressive breakdowns come out of nowhere. Piece them together, and you get a psychedelic rollercoaster. Each track is invigorating in its own way, but there's something about this magic box that feels strung together to perfection.

Best tracks for me are Caixa Magica, Elipsy, Imaginarium, and above all, Dreamers.

The thing I really like about this album is simple. Au5 has mixed his old style of music, with trippy, swampy dubs and deep, heavy atmospheres, with his more recent medley of sharp synth riffs, bright, warm chords and sparse beat patterns. Not to mention that almost every song is filled with poignant emotion. To put it shortly, this is one such album that reflects on Au5's incredible versatility.
My favourite tracks from this are Stargate, Infinite Wings, Divinorum, Divine and The Void.

Mark Sherry, the man behind Public Domain and Outburst, has a lot of influential trance music in his discography. This album may not be his career's best, but it's a fine addition to any trance fan's collection. This involves some serious old-school vibes, building serious tension between different elements of the track, and several of these tracks have a progressive, uplifting melody and some very heartfelt vocals. It embodies everything great about trance.
Best tracks for me are Lighting Fires, Confirm Humanity, Luminosity Curve, Poison Apple and Can't Live Without Your Love.

This is one properly heavy album. In every track there is a sudden and absolutely insane bass kick, and its progression furthers and furthers your adrenaline rush. What's more is the numerous influences from artists such as Grabbitz, Virus Syndicate and Sullivan King, which really make this a mixed bag of headbangers.
My favourites here are Between The Lines, Break, Strangers and Kamikaze.

This psytrance album is certainly an interesting concept. The tracks in this collection have a feel to them which makes them as good for a trancey dancefloor as it is for chilling out and simply embracing the darkness of it.
Best tracks are Hikari, Transformational Structures, Aurora and Virtual Meditation.