This list is dedicated to the best episodes from Todd in the Shadows' popular series Trainwreckords, a series dedicated to popular bad albums that arguably ended said artist's career. Vote for the ones that add the most interesting facts about the artist and the album, and the ones who also had the funniest jokes.
The Top Ten
1 American Life 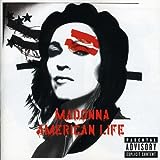 It's funny I know a user who thinks this is one of Madonna's best albums and deserves a lot better.

Billy Idol's 1993 effort where he goes full cyberpunk, mixing his notorious new wave and punk rock sound with what is a really weird combination between techno and political commentary based around cyberpunk novel's he was reading around the time... keep in mind this album came out one year right after Rage Against the Machine's self titled, which means that neither Billy Idol couldn't be the political comentator of the decade, neither he could work with the mix of his old style with the cyberpunk aesthetic he aimed for this
Todd goes in detail about the background of why Billy chosed the Cyberpunk aesthetic and his background as an artist too

The first and last album in Van Halen's career with Gary Cherone, and what is worldwide known as their worst album
Todd goes in detail about why the album flopped, the toxic relationships most members of the band had with their respective singers, and why Cherone doesn't really fit with the band, I hate to call out Cherone since he has prove to be a decent singer but yeah, he is pretty much the very first thing that is wrong with this album... that and the fact that no one had a real idea of what to do with it

Liz Phair's awful, ABYSMAL attempt at "trolling" her own label by making one of the most akward and unpleasing messes of an album I have ever heard, it has been called by many to be the worst thing Todd has reviewed for the section (yet), many people were requesting her self titled album since it had a lot of negative reviews plus killing Phair's career as an indie darling, howver since the album was actually her most succesful to day, he decided to switch by this one... kind of a logical decision the more I think about it

The very first episode of the show and one that it's probably the most hilarious and interesting side of what a Trainwreckord was, Jewel was well known for being a folk darling and a poet, pretty much gen x own version of Joni Mitchell, she has shown some signs of going to a poppier direction but with this album, she turns into a whole pop diva from the same style Britney Spears was doing around the time, despite the album having some decent reviews, Jewel never had the same success afterwards... to give you an idea about how big she was... both songs You Were Meant For Me and Foolish Games were the respective #2 biggest songs of 1997, that's how gigantic she was (they pretty much were released as one single so the charts counted as one song)

I haven't listened to the whole album but what I have heard sounds pretty much like you might expect for a folk singer trying to be a pop star.

Oasis' third studio album, with this one I had quite difficulty if it counted as an actual trainwreckord, however I can understand why it has that distinction (personally I would have covered Standing On the Shoulder of Giants as the actual trainwreckord tho)
Todd explains to detail the completely problematic and egocentric personality of the Gallagher brothers, plus the completely massive and unpleasing loud sound of the record, making Oasis went from rock gods to some tryhard couple of pseud... another aspect that really intrigues me is how forgotten Oasis were after this album, like I know they were never that big in America, but there is people out there who unironically call them One Hit Wonders, despite Champagne Supernova being arguably bigger than Wonderwall back in the day

Todd's most recent episode at the time of making this list and one that has been also really requested since he came out with the idea, St. Anger has been described in Todd's own words as the most succesful bad album of all time (it went to #1 in more than 30 countries), and despite Metallica being arguably the biggest survivors from the Trainwreckords show, St. Anger it's still an album that haunts them to this day
A detail I must mention related with Todd's video is that he discuss more of the dysfunction that the band had between this album and the well known documentary of Some Kind of Monster, which shows the therapy sessions and problems Metallica had during the production of St. Anger

MC Hammer's whole transition into a gangsta rapper, a similar move that Taylor Swift made with Reputation but... with funnier results
Todd talks about Hammer's persona and how he was the very first celebrity he knew about, and the whole plot twist that was he turning from a rap caricature into a genuine gangster wannabe, basically marked by Hammer being one of the most dissed rappers of that era for being a sell out and corny

Robin Thicke's awful attempt at trying to recover the love from his ex-wife Paula Patton, the quality of the album itself it not that bad, but Thicke's sad attempt at making a confessional album about how much he missed his wife is extremely akward to look, and the fact this was made after Blurred Lines makes way harder to take him seriously

Arrested Development second studio album, after the success of their debut watching them fall so hard is interesting, mainly thanks to the name of the album and the raise of gangsta rap
Todd goes more on detail on the episode about why the album flopped so hard

This is when Styx somehow stopped caring. I am a fan of both Styx and Queen, but I usually don't like Styx's ballads and Dennis DeYoung's voice. Kind of like how Todd feels about them. I think that this is their sad attempt at doing a rock opera and trying to stay with the times, but failing. Hopefully, the band got better after DeYoung left and are now putting out good new albums like the recent Crash of the Crown album. I think there's still hope for the band, despite all the criticism.

Styx attempt at making a rock opera, and a really misguided one since most of it is just the exact same prog wankery Styx has been making in their career, with some hints about some cohesive story but failing misserably at it

Lauryn Hill's trying to show her own credibility by making a sincere acoustic session of what many consider her follow up to Miseducation... sadly despite the sincerity it's also a really akward and depressive performance where Lauryn shows how weak her mental health was around this time

Greg Allman and Cher's album, not a really memorable nor an interesting one, which is pretty much why it is so low, most of the episode is just Todd bragging about Greg and Cher being an awful looking couple, which he is right about it, but nothing really stands up about this segment

Hootie and the Blowfish's second studio album and one that made them completely forgotten after the gigantic Cracked Rear View, despite that, is just another sophomore slump case, the episode itself is not really that memorable and the album is not really that interesting neither

It's the most recent out of the Trainwreckords series, and this is probably the Carpenters' attempt at doing experimental stuff with their easy-listening style. It came out in 1977, and it was only made to cash in on Star Wars and the duo's TV special. One of the lead singles' titles sounds like a tongue twister. It's sad to see the Carpenters go downhill, as the late 70s weren't kind to them. And all of this culminated in Karen's tragic death from anorexia problems. This review actually told me the details of Karen's death, thanks to him.