christangrant These are the best EPs from Thrash Metal Bands, their were a lot of good ones. 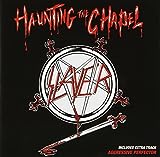 All 3 songs are awesome especially Chemical Warfare and the underrated Captor of Sin with that awesome solo in the beginning, in the re release for the album they included the first recorded version of Aggressive Perfector which was later rerecorded on Reign in Blood and it's good to. - christangrant 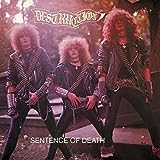 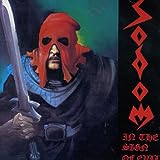 Awesome Debut EP from Sodom, it contains the songs Witching Metal and Outbreak of Evil which was later rerecorded - christangrant

The band considers this their "First Album" and Feel the Fire as their 2nd, but anyway all the songs (Except The Answer) from this now rare EP were rerecorded, 2 of them appeared on Feel the Fire and one on Taking Over. all the tracks from this EP later appeared on a compliation! F You and Then Some!
Also Overkill actually never made any money from this Ep according to Bobby Blitz from a Interview he did with Loudwire - christangrant

All 3 songs are great, the best one is Sodomy and Lust which is one of the best Sodom songs. This album later appeared as bonus tracks on Persecution Mania - christangrant

This is an awesome EP from Kreator, It contains great songs, This album later appeared as bonus tracks for Pleasure to Kill. - christangrant

This is the first appearance of their Alien mascot who appears on almost every album after this. - christangrant

Contains the awesome song Mad Butcher probably the best version of it. - christangrant

These were songs left off of Death Magentic and I see why, though I think some are better than some of the songs on DM. - christangrant

A ep that consists of "Hidden Treasures" by that they mean songs that weren't on any of their studio albums like Angry Again for example which is on this EP. - christangrant

26 Get Your Fight On! - Suicidal Tendencies

28 And Justice for All - Metallica

This is NOT a EP it's a full length album. - christangrant

Best EPs (Extended Plays) of the Big 4 of Thrash Metal

1. Haunting the Chapel - Slayer
2. Sentence of Death - Destruction
3. In the Sign of Evil - Sodom
christangrant
WRemix