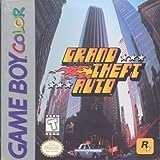 So this is a thing? - Ilikegames

They have Grand Theft Auto for the Game Boy Color? O_o - N64Dude

Let's face it, I am not saying this game is bad even though I voted it. This game was obviously a port of the PS classic. The controls were great. Graphics were great. Even got the movement of Solid Snakes bandana moving. The only reason that people hate this is because it is a Game Boy Color game that is a port of a console game. True, it is different than the PS version. But do not think that this is bad.

5 The Land Before Time

The worst GBC game of all time

Oh come on,I had to add this on the list? This is one of the worst pieces of crap I've ever played!