People fighting to the death heads being decapitated hearts being ripped out and people being knocked into a pit of spikes yeah that's controversial all right.

Mortal Kombat is the whole reason we have an ESRB Rating system thanks to its over the top violence and bloody Fatality's.

This series is to video games as Madonna is to music artists. 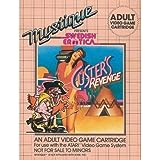 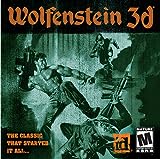 It's a game were you go around killing Nazi's which is for some reason considered a bad thing.

This game is awesome, but killing Nazis is the only reason why its banned from Germany!

This game was too underrated to fall under controversy.

I'm surprised the game didn't receive an A Rating.

Two teenager committed a massacre at a columbine School in the USA. They all now killed themselves.

I love playing this game though that Hot Coffee mod I saw on YouTube is a bit too bad enough :P

It was banned in Brazil due to violence in a school setting.

16 South Park: The Stick of Truth

I think it even got banned in some countries due to obvious reasons.

Was really controversial mostly due to its incredibly violent and disturbing cut scenes, it was the first Twisted Metal game to garner an M rating.

Twisted Metal is really fun and Black gives the 5th element it never got having before.

Just the fact that this game exists is pretty hilarious. Every time I'm talking controversial games and I being this up everyone in the rooms just bursts out in laughter and say stuff like "who would even make a game like that!?"

This caused controversy when it first came out in Japan due to Sorey and Milkeo having a very blatant homoerotic canon relationship with each other.
Kudos to Namco Bandai for getting away with having a gay couple in a JRPG!
I imagine this getting banned in some place like Russia though.

But everyone can agree that Tales of the Tempest is the worst Tales game ever made.

I played the mission "No Russian". It is cool but somewhat demoralizing.

"No Russian" is racist!