A decade full of wonder, what is the greatest album of the 70s?
The Top Ten
1 Dark Side of the Moon - Pink Floyd 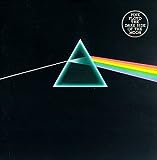 1,285 weeks on the charts. That's just under 25 years! The album spent 724 weeks on The Billboard 200, including 591 consecutive weeks from 1976 to 1988. Then in 1991, with the institution of the Pop Catalog chart, the album returned the chart where it has resided for the past 10 years almost entirely in the Top 10. Its closest rival is James Taylor's Greatest Hits, checking in at 573 weeks on the chart. James can expect to reach Pink Floyd's record number in about 13 1/2 years. Enough said?

ABC by Michael Jackson over The Dark Side Of The Moon?! Are you kidding me?! This is insane. I have given up on humanity. This is absurd. Who on earth votes on this site? 13-year-old girls? There are so many 70's albums better than ABC. ABC is for kids. I love MJ, but ABC is far from being a musical masterpiece.

It's not only the best of the 70's, but perhaps the greatest (full) album of all time. Get some fantastic headphones and it's over; everything about it.

Really? ABC from Michael Jackson (a joke) is above Dark Side Of The Moon by Pink Floyd (a masterpiece)? You've got to be kidding me? No comment.

How is this not 1

3 A Night at the Opera - Queen

Having this album makes you believe the unbelievable, 5 brothers pulling up a very light, meaningful album... I honestly don't wanna single out from anyone of them, everyone got some talent from jackie, tito, jermaine, marlon... however young Michael Jackson is undeniably a fascination, like never before... a little kid singing far beyond his age... that's the distinction between talented, gifted and innate genuine talent, what Michael Jackson has is innate and genius, like magic... It just send you smiling with amazement all the time, he's just too good.. and... so cute

Best of the best! Nothing to say

The honesty and pain that's shared by these five people, and which managed to connect to the public at large, has never been repeated.

Definitely the Wall - nothing like it except the Final Cut. Also Bee Gees Trafalgar and Rodreguez Cold Fact

The Contenders
11 London Calling - The Clash

Like most of the great rockers they burned themselves out. Yet, what a ride on that comet it was. Rock is a rock does in any country. And they did it.

Almost wanted to vote for this just so it would end up higher. Deserves #3, and I really wouldn't complain if it was #1.

On the rolling stone "500 Greatest Albums of all time" list this was ranked 28! The who at a height too high for Led Zeppelin to reach

This album needs to be on the list. It's got classics like Highway to Hell, Girls Gotta rhythm, Shot down in flames, Night Prowler, and If you want blood ( You've got it. ) It was there first album to become big in the U. S and it was there last album with lead vocalist Bon Scott before he died. Put it on the list!

Where's the love for this masterpiece. It is one the three best albums of all time. Led Zeppelin is not based on LZIV, They are based on this album and Kashmir.

20 House Of The Holy - Led Zeppelin

It was going to be impossible to follow up Led Zeppelin 4, but they did it

I'm in love with Don Henley's voice. And I am a sucker for the Eagles

A love song to a rat.

25 Blood On the Tracks - Bob Dylan