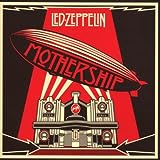 GUNS and ROSES? Axl Rose has the most annoying voice ever! - yoshaholic

I own this album, and I love it! - MontyPython 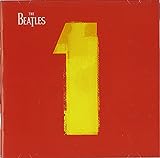 The Beatles actually had more than 27 number 1's. CDs only can hold 78 minutes of music. The was full double side singles both songs were released. Like Penny Lane & Strawberry Fields, Hello Goodbye & I Am The Walrus, Get Back & Don't Let Me Down. Only the first song was added here on this album. But Something & Come Together, Day Tripper & We Can Work It Out. Was added!

Name one other band who has a greatest hits album of 27 tracks that all reached #1. Go on, I dare you... - PetSounds

They are absolutely the GOAT... Greatest Of All Time.

Because it's The Beatles

Well - it's just full of classics!

Should at least be in the top 5

40 Licks was a great Best of album of a even greater band.

I party with them all the time so hard they call every year! thanks mate

15 Legend the Very Best of - Bob Marley and the Wailers

16 The Blessed and the Damned - Iced Earth

18 Back to the Start - Megadeth

One of the best selling albums EVER. - Pony

27 Best of Both Worlds - Van Halen

One of the greatest collections of rock music

28 Genius the Best of Warren Zevon

Checkout We Will Rock You with Queen.. Farnham dose an exceptional job that Freddie Mercury would be proud of - Beards2017

Over 35 years of hits on one album for the first time.
You're The Voice, Age Of Reason, Burn For You, That's Freedom, Raindrops, the Beatles cover of Help! Which was the first time record by any artist as a ballad. Just to name a few..

Top Ten Albums that Don't Open with a Big Hit