Bon Scott's last stand (before his death a year later. ) He does a bloody well job, too. 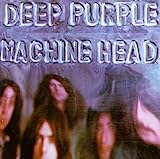 Where hard rock and metal truly started. This and In Rock were important albums. - Userguy44

I like AC/DC, but if I'm honest, Machine Head is way better than Highway to Hell. - Gg2000

All songs was epic 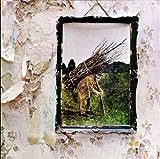 Good as the other albums in this top 10 are, Led Zep I, II, I, IV & Physical Graffitti are all miles ahead in every way. None of the others have the consistently high quality, extraordinary variety, sheer power or talent of Led Zep.

This is an amazing album, but it's not hard rock.

This is not hard rock - christangrant

Not a hard rock album. But great

Should be #2, right after Led Zeppelin IV. - MaxPap

I felt the need to vote on this because I think it's the heaviest Aerosmith album. I wish they did more stuff like this today. - Gg2000

It's very hard hard rock, actually rock-to-metal as there are several metal songs on it. - Metal_Treasure

These guys were a bunch of really solid musicians. This album deserves more attention from the general public; it's great from start to finish. - Gg2000

More punk rock than hard rock for me. - Metal_Treasure

Best Live Hard Rock and Metal Albums from the 1970s

Best Hard Rock and Heavy Metal Bands of the 1970s