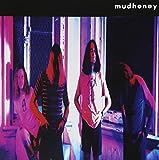 Never expected this album to hit #1 on this list.

What was I gonna say... Nevermind

Quite as well popularized it.

This was Soundgarden's first and only #1 album on the Billboard 200 charts.

"Louder Than Love" and "Superunknown" are higher and this album isn't? I don't get it.

8 Come on Down - Green River

1985 - it was the very FIRST grunge record. It's an EP and not an album but I guess it counts in the context of this list. This EP was also the debut release by Green River.

Important for influencing Nirvana no matter how overrated they are.

It bridged the gap between Mother Love Bone and Pearl Jam.

For being the first Grunge supergroup album.

The Contenders
11 Dry as a Bone/Rehab Doll - Green River

This was in 1990 but Green River released an EP in 1985 (Come On Down) which was the first grunge release ever.

1986. The second release in grunge history is a compilation album by these 6 bands, hence the album title. The album contains multiple tracks by these 6 bands. It was a low-budget project and band members recall that each band was given four hours of studio time.

This album came out two years before "Nevermind", so it was obviously important for grunge.

This album isn't grunge at all. It's pop punk anyone can tell the difference between pop punk and grunge it isn't that hard. Pop punk: Soft punk music with clean vocals and electronic guitars. Grunge: Distorted guitars with unclean vocals and power.

This album doesn't belong on this list at all. It's not grunge and the fact it was voted one in "Most Important Albums in Rock History" makes me cringe.

The Offspring may sound a little bit like Nirvana on this album, but that doesn't make this album or this band grunge.

Coincidentally, this album came out the day Kurt Cobain was found dead.

Even though I'm not a fan of STP this album was somewhat important to Grunge music.

Obviously an important album because, not only is it a swansong for Andrew Wood, but this was the band that Stone Gossard and Jeff Ament played in between Green River and Pearl Jam.

This album is seriously important to grunge.

Sure it's important for starting Dave Grohl's career but did it really influence the genre that much? Not really... sure it was a raw and kickass album but not really influential to me.

Essentially important because songs like "This Is a Call" and "I'll Stick Around" were played to death on MTV and radio.

Important for being the path that Dave Grohl took after the death of Kurt Cobain and Nirvana.

This album has one of their best known hits "Tomorrow".

Superunknown is better but this album is more important.