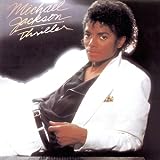 I knew this was on here - bobbythebrony

John Lennon said it best, "Before Elvis, there was nothing".

Fascinating topic; some clarification of what "important" means specificaly is required.

A Quantum Leap in creativity, the distance of which has not been matched in 50 years [Hendrix was closest], even The Beatles were scrambling to catch up.

Buddy Holly is almost singularly responsible for forcing record labels to allow music artists to write, arrange, and produce their own songs. This change in operation was crucial to the rapid development and evolution of music. We miss him greatly.

So cool to see Ms. King get her props, her superb writing skills were a given, but this album showed the world that she had total musicality.

Introducing the Beatles - The Beatles

It could be argued that the US version of this album, titled "Meet The Beatles" was more important, as it is the actual record that accompanied them across America, and triggered the American version of "Beatlemania". Either way, no "new" acts arrival before or since, not MJ, not JB, not 1D, not even the King [Elvis], nothing in the world of music has ever hit as hard as they did.

The Doors - The Doors

A travesty that this amazingly creative group is not in the rock and roll hall of fame.

The Concert for Bangladesh [1971] - Various Artists