The Top Ten
1 As Daylight Dies 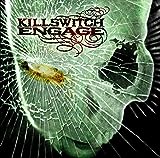 Every song on this album is perfect. Howard's amazing voice and all of the amazing instruments make this their best record to date. Songs like My Curse, The Arms of Sorrow, This Fire, and their cover of Dio's Holy Diver make it worth listening to.

I think, that this is the best Metalcore Album, what I ever heard. After this you can not say, that you don't like Metalcre. It has so good instruments and singing!

Is not only the best album of this band, is actually the best album that I heard in all time, and I listened masterpieces like powerslave, ride the lightning, rust in peace, reign in blood, bonded by blood, painkiller, vulgar display of power, and I still thinking this album is THE BEST of all time, this album really shows that metalcore is not only for emo bulls, this genre don't kill the metal, it created new gods

This is absolutely their best album and anybody who disagrees needs to wake up. This was a pivotal moment in the metalcore movement. It also has my favorite production sound. Polished like always, but sharper and more metallic. Great songs, super aggressive.

I respect howards albums and I started to listen to kse after my curse but this on is hjstorical amd has really good variety in terms of songs and lyrics.
I will return to you, AoJB

My personal favourite, miles ahead of the rest

The original and the best

I honestly fell in love with this the minute I finished listening to it. Jesse is back and better than ever. His voice is so amazing and has improved a lot since Alive or Just Breathing. It's also got that signature Killswitch Engage sound that can be heard in their other albums. No doubting this Alvin's awesomeness.

This album is awesome without a doubt.

This album is just magical!

The peak of killswitch engage and jesse leach vocally

Very cool album, obviously needs to been in the second place (because As Daylight Dies still been the best)

5 The End of Heartache

One of their best

This album had some of their heaviest work. I think the best example is in the song Irreversal. Jesse's voice is more harsh-sounding and there are more breakdowns in the songs. It's still an awesome album, though.

Definitely gotta be this one, vide infra and soilborn are some of kse's best songs