Top 10 Odds of Things that are Near Impossible

The Top Ten
1 Shuffling the same deck of 52 Cards And getting the exact same order twice. (1 in 80 unvigintillion) 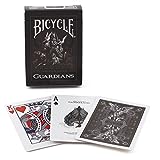 This seems pretty mundane but think about it there are 52 cards and getting them in the same order twice is just insane. There's more card combinations than atoms in the universe. So shuffle a deck of cards and that order is probably unique and will never be seen again.

How many zeros would that be?

2 Being killed by a falling Satellite (1 in 28 trillion)

I feel like this is a mostly theoretically probability if this has never happened before you can't really know how unlikely it is.

I don't even know if this has happened but I mean do satellites even fall from orbit? It seems almost impossible that you wouldn't even consider it

Just imagine you're walking through and a random Satellite hits and kills.

3 Having a perfect March Madness bracket (1 in 128 Billion

This is so unlikely it may never happen ever. You'd have to be incredibly lucky or somehow rig the games which would only lead to more trouble than its worth. So yeah fill out as many brackets as you want because you'll never be perfect

You would need a time machine to do it.

Moral of the story here. Study for your tests kids. Otherwise if you haven't studied for that upcoming exam then yeah good luck numbers don't lie

This seems much more likely though than most of these. As long as you study, it shouldn't be a problem.

Well that depends on how many questions there are.

That's surprising. I thought the odds were higher than that.

Well it's most often only in the cities as well.

This happens occasionally but as long as you don't have any open wounds and don't ignore safety regulations you should be fine.

Like Userguy said, it's not that rare when you're in Australia.

While it does happen it's rare so rest assured that you can feel safe on your next flight. Unless it's some abnormal circumstances overall the likelihood is so small you should barely have to worry at all

This seems so unlikely why bother playing? But I mean it actually does happen so... why not? You never know

I made a list of things more likely than this but yeah it's pretty incredibly unlikely to happen. Gamble at your own risk