I love opinions. It shows who you are as a person, and it's magnificent to know what people thinks about something, and even more to see people say why they think the way they did (which is exactly why I think people don't post enough comments on this site, but anyway). That's why my dear friends, I want you to share my opinions that I don't share with a lot of people. I want to show you my unpopular opinions. And of course, there is a reason why this is a self-moderated list, and not a list that no one can post comments on. It's because I want you people to tell your opinion. Note that this is mostly opinions about video games and movies.
The items in this list have been selected by the author of the list for you to vote and comment on.
The Top Ten
1 I don't like Block Fort

Remember my first Top 10 about overrated Mario Kart tracks. Well this was number one, and my opinion didn't change.

You know it's funny because I used to have the same opinion because I found it overrated but honestly as time has gone by, I can't help but think it is after all the best stage of all time. I love different floors/levels and going on bridges and I just have so much fun playing it. I do agree the setting is boring though

I Don't Like Block Fort either. It Looks Boring. (And IS The Reason why People Get Triggered over Mario Kart)

2 The New Super Mario Bros games are better than World, and Bros 3

I see a lot of people saying the level-design of 3 and World are way better than the NSMB, but a lot of time in a New Super Mario Bros game, there is the exact same level, but with things added to it, which sure is less original, but objectively better. By seeing what I wrote, you probably just discovered my mindset of originality being a bonus rather than a necessity. Plus, those games have its own original levels sometimes, but what really put those games over 3 and world are the star coins which are a really fun sidequest. I agree that those games could be cooler though. I mean there is a reason why every time there was a 3d Mario game on the same console, the 3d games end up being better. Plus, they already did better, because...

I think so too. I think there are many design flaws in 3, and I hate those last 2 worlds, and World is just ok in my opinion.

Mario 3.'s level design is good in my opinion, Mario World is awesome, New Mario Bros DS is awesome, and the games after that are meh

I agree with this, the controls and the designs are way better.

3 Lickilicky is a cute pokemon.

Cute and disturbing at the same time

I don't mind how it looks at all.

I don't care for it really

Yeah it's cute...but that's all it's got going for it. - Sr Soviet Stakamakataka 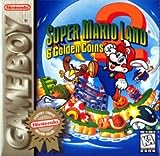 Best game on Gameboy. So short, but so replayable. This game took a lot of risks, and I think that this is the reason why it's the best 2d Mario game for me. I mean, it's the only game in the series that got rid of the damsel in distress trope, to instead have Wario (which make his debut in this game by the way) as the main antagonist who stole Mario's castle, a lot of ennemies are weird but cool, the bosses are not the koopalings, the themes of each world are unique compare to the other Mario games like a giant mechanical Mario or outer space, and speaking of the worlds, you can tackle each world in the order you want which lets you play this game the way you want.

I love it too, although NSMBU is my favorite.

5 Megaman and Bass is really good.

This game wasn't more frustrating than the other Megaman games. I explain in detail in my top 10 underrated video games remix but, to sum it up, I feel like people are frustrated to not be able to skip the sections they don't like with rush power-ups or not being able chease hard boss fights with E-Tank, while I think a Megaman game should be beatable with only the items you can't miss at the point you are in the game, and that if you use the rush power-ups or E-Tanks with the other Megaman games that means that the level or the boss might actually suck. But hey, maybe I'm just really good in video games, which leads to another question: why do I find Megaman 9 harder? And why do I suck at the Zero battle in Megaman X2? Speaking of...

As promise, there is not only opinions about video games. Personally, Luke Skywalker wasn't butchered in that movie. Heck, it might be my favorite version of Luke between all movies. A lot of people don't understand that people changes after many years. Of course, that's not the only complaints I don't like about this movie. For example, people complained about the way the force was use in this movie, like when Leia got saved by pulling herself out of space with the force, however, no one complained when the Empire strikes back introduced the power to move things with your hand or when Return of the Jedi showed the emperor using lightining bolts thanks to the force. What I mean is that the force can be anything, and I don't see how showing new ways to use it makes a movie bad. If anything it makes the movie more interesting. I love this movie because like Super Mario Land 2 it took a lot of risks, and unfortunately they took so much risk that instead of finding the movie interesting ...more

After watching this movie, my interest in Star Wars said it was going to the grocery store to buy some milk. It never came back, just like my father.

Definitely one of my favorite Star Wars movies

7 Zero in Megaman X2 is hard

And yeah, that means that I find the side quest to rebuild zero is actually worth it. I don't elaborate more because difficulty is one of the most subjective things. Tell me ways to beat zero easily, in case I just suck at analyzing AI.

I didn't see the original teen titans, but I would say it doesn't matter if this show isn't like teen titans. It should be judged on its own. What I see about Teen Titans Go is one of the funniest shows I've seen. I don't think it's as funny as let's say, the amazing world of Gumball, but it's still really good.

I can see why adults can find it good with the references to the 80s and the original show, but as an action show, not the brightest.

I used to like that show before. I don't anymore, but IRYO

Dragonite, known in Japan as Kairyu, is a Pokémon species in Nintendo and Game Freak's Pokémon franchise.

Let's be honest, the only reasons why Dragonite is popular is because he was the first dragon type, he has good stats, and since gen 5, he got the ability multiscale, which is basically a free dragon dance. Other than that, he has like zero originality, and he doesn't even look badass, he isn't very cute. Plus, I have to confess...

I've always found it to look pretty stupid so I agree. Lapras is better

One ice beam or billzard than your dead

10 Avengers: Endgame is not that good

I really liked this movie, but let's admit it, Endgame, just like most of the movies of the MCU, isn't amazing. People that didn't see most of the MCU movies might not like this movie as much as everyone, and it's not a movie that will change your life once you saw it. It's not even my favorite movie of the MCU anyway, not even for 2019, since I preferred Captain Marvel. The honor for best movie of the MCU would go to Guardians of the Galaxy 2 personally.

Yeah, it's decent but * whispers* There's a youtuber called Kuba Preisener, who made the best Endgame remake and a new ending. I HIGHLY reccomend it. Go see it right now - Sr Soviet Stakamakataka

Just a rehash of Infinity War with a different outcome

The Contenders
11 The dragon type is one of my least favorite types.

That would explain a lot why I don't care bout most pseudo legendaries in pokemon. In fact, Metagross is my favorite pseudo legendary, and he is not a dragon, and not even a lizard like Tyrannitar. Game freak pretty much wanted to make this type LOOK good, by making it super rare, giving the pokemons with this type high stats, and making it resist every type of each starter, plus electric in case you're playing yellow. However, I will NEVER, during a playthrough use a type that is only super effective against one type in the game, being itself, and that a lot of them can only be find in the late game, unless it has a second type that is more interesting and can be find earlier than most dragons, without taking hours to find. That would also explain why Garchomp is my second favorite pseudo legendary, thanks to the much better ground type and the fact it's catchable during the mid game of games like pokemon X for example.

Ahem, Rayquaza, Dragonite, and Flygon Have 4x Weaknesses to Ice. Just one Ice Beam and They're Dead!

I don't really care about it. Although Latios is my favourite pokemon OAT

While I would understand why you would think Popple isn't the best character nintendo ever created, but you should at least love him, (unless you don't know him).

ROOKIE! Let's show this guys who's boss!
He is my second favorite Superstar Saga character, with number on being the amazing Fawful.

13 I never cared for the morals in spongebob.

You see, I don't know if the episodes of spongebob I saw are old or modern. However, it seems like one of the biggest arguments about which one is better seems to be the moral and my answer to this is that, who cares? Spongebob for me was only stupid humor which is not a bad thing, so at the end, the best between old and modern spongebob would be the funniest.

The episode Stuck in the Wringer has a horrible moral, but it's meant to be parodic.

The episode is terrible, but not because of the moral.

I agree. The bad "morals" are actually supposed to be jokes, although they've never made me laugh. - SoongeBill

14 Batman V Superman: Dawn of Justice is a good movie

I don't think it's the best superheroe movie ever, but there are so many great things in this movie, like Lex Luthor which is one of my favorite villain of all time in this movie or amazing scenes, like the one where you see the battle of Superman against Zod, but with the eyes of Bruce Wayne.

I only watched 10 minutes or so of it but I was so bored I shut it off. Suicide Squad was a little more interesting In my opinion

I personally liked it for what it was but could have been much better if it was given a much better direction.