Which is your favourite melodic death metal album? If you can't find your album add it to the list. Note the order I put them is only very roughly ordered. 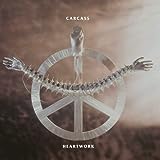 Every track on this album is a complete masterpiece. Best death metal album EVER.

A classic and a true masterpiece.

This is the number #1

I understand that this band is quite mainstream and popular, but not gonna deny the fact that Follow the Reaper is one of the best Melo Death albums out there..Quality album. A must listen for the fans who are into this sub-genre of music.. In fact, their first three albums in general are a must listen, rest of them are garbages that you can better avoid especially that Roll Coll Deathroll garbage.

Never knew what I was looking for in a melodic metal album until I found Children Of Bodom. They are one of my top bands now and Follow the Reaper is perhaps their best.

Their first three albums are the best metal stuff I've ever heard! Not kidding!

My favorite Amon Amarth album. The title track is perfect and my favorite song from them. Where is your God, Varyags of Miklagaard, Guardians of Asgard and tattered banners and bloody flags are some of this bands best songs and the rest of the album is also great.

After listening to the current top 10 in this list, I like Amon Amarth most. And Twilight of the Thunder God is their best album (together with Oden and Versus in my humble opinion). They really deserve to be in the top 3.

Seriously not number 1. No disrespect to the others but this is legendary. Every track ranges from very good to iconic. Seriously head banger heavy. Also got the best album artwork evah. Just my opinion. Keep it brutal brothers and sisters m/

4 Slaughter of the Soul - At the Gates

The album that inspired so many different genres of metal it's ridiculous. You can hear At the Gates' influence in (of course) the Gothenburg Melodic Death Metal scene, but also infinite groove metal / metalcore / thrash metal and even deathcore bands have to pay homage to this extraordinary metal album. From the almighty Lamb of God to the opening riff of Unholy Confessions by Avenged Sevenfold, At the Gates' influence is much more widespread than most modern metalheads know.

To me this is actually one of the few albums that actually makes up to the title of "Melodic Death Metal", along with Carcass' Heartwork, unlike some of the other bands on this list which sound like metalcore. Somes relentless passages with melodic riffing and those arpeggios that make up the atmosphere.

Melodic and epic, I think its best, then Dark Tranquillity's The Gallery album is second in my list, In Flames' Clayman is third, but The Jester Race is not there in my top 3.

This album is a masterpiece of the genre Melodic death metal, an epic, melancholic, always maintaining a seriousness desirable.

5 The Jester Race - In Flames

Album Is Grate Front To Back! Starts the sound for most bands in later years. In "In Flames" we trust! m/ Converters have songs from this every time! Jest go and see them!

In flammes have set new level for coming melodic death metal.. They have invented this genre...

This is one of the best 3 for sure, its when it all started

Just perfect. If you haven't listened it, you have missed one of the greatest metal-albums of all time. Powerful, melodic, insanely diverse. It brings me chills every time I listen to it.

Epic is he perfect word to describe this album. A must-listen in my book.

Incredible album on every level

From beginning to end amazing

"The Mundane and the Magic", "Misery's Crown" and "Terminus" are just some of the examples of how awesome this album is.

Every song is amazing. it's the best. Nothing to No One is a great opener. Everything about the album is amazing

Incredible sound... Sweeping rythms... Great songwriting
DT, where death is most tasty... Fiction where it most intense

Dt is the god of melodic death, and that's all

Just an absolute masterpiece in both melodic death and in prog metal. A full album with one song (along the likes of Meshuggah's Catch 33) and you never even get bored of it. Truly brilliant.

What an Absolute Blinder of an album. Dan Swano got everything right on this. Listen to it in one go, the entire 40 minutes gel so well, it gives a very holistic song experience.

I always viewed at the gates as progressive melodic death metal

Easily THE best melodeath album out there. How it is below Fiction, to just name their own, is beyond me. On par with The Jester Race, but I prefer this personally, because I like the vocals of Stanne a lot more

I've heard pretty much every 'major' melodeath album here and of all of them The Gallery is the best. All killer, no filler.

This is the great album from Dark Tranquillity

How can this album be at number 7? IT's the best melodeath album hands down

This and follow the reaper should be number 1 and 2

Amazing album - no bad songs on it

Perfection. Every song is a masterpiece, especially the final track Countless Skies which is one of the greatest songs ever written

Perfection from start to finish, especially with the newly released remaster!

Every single second in this record is perfect

These guys are on there way to being the best!

Live this album from start to finish, can listen to it over and over again an never get sick of it. ANGELS DON'T KILL!

This album is amazing it does deserve the top 10 at lest.

One of the first melodic death metal albums Ilistened to.
Still loving it...

So far of all the albums I've listened to from this sub-genre, Swamplord and Wintersun's self-titled album does justice to the genre of Melodic Death Metal. I didn't vote for the latter because, Wintersun is very well-known among the metal community and their debut venture has deservingly received glorification overtime. Coming to Swamplord, the album blew my mind straight after one whole spin of the CD, stellar musicianship and the passionate & melodic guitar work invokes overwhelming sensations in both the departments of brain and mind. It's that sort of an album, that I can listen to on repeat and never feel a slight drop in the level of energy. I can say that even after some 5 decades from now, I'd be listening to this album with the same amount of enthusiasm and mood that I'm in at this phase of life. Incredible and memorable album.

One cannot find better melodies than this album.

It's amazing how this album isn't even on the list

The last listenable in flames album but sadly this one is only sort of good. Everything they released prior to this was far better.

This album is awesome. "Pinball Map" is one of the best songs ever.

Awesome album, one of the bests of In Flames

Some of the best songs I've ever heard, ever.

16 Banquet In the Darkness - Intestine Baalism

17 With Oden On Our Side - Amon Amarth

Great album! Cry of the Black Birds and Runes to my Memory are some of my favorite songs from it.

I am happy to see this this album in the top 5. Cry of the Blackbirds is amazing.

Very epic album. Each song is amasterpiece. With Oden on our side we are victorious!

Melodic and a voice that doesn't suck.

Best Soilwork album and one of the most complete and epic metal albums in existence! The vocals, the drumming, and the guitars are perfection! The flow and quality from song to song is unheard of for a 20 song album!

Aside from having twice the music, there are a solid number of sonically gorgeous tracks. One of the best from one of melodeaths all-stars.

21 Versus the World - Amon Amarth

Definitely in Amon Amarth's top 3 best albums. And the album cover is pretty cool too.

The best album from the best death metal band!

The writing on this album is perfect, the heavy parts are devastating, the acoustic parts are beatiful, and Steven Wilson's godlike production only adds to the experience. My personal favorites from this one are Bleak, The Drapery Falls, and the title track, but every track on this album is amazing. Melodeath is one of my favorite genres, and it is home to some of my absolute favorite albums of all time, but I couldn't help voting for this.

This is one of the best death metal albums, definitely. But you all know that this is not melodeath, right? This is a progressive death metal record.

This is an absolutely incredibly album but it is nowhere near melodic death metal.

Children of Bodom are back with a killer album in 2019.

Amazing! Children of Bodom with another future classic of Melodeath.

Love this album. Arch Enemy is a great band. They really don't get enough credit on these Melodic Death Metal lists.