The Top Ten
1 Shadows Are Security - As I Lay Dying 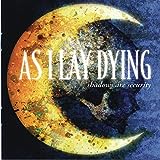 Wow corekids, just wow. This entire list is just horrible. It doesn't even mention the GOOD metalcore bands/albums. It just goes to show how bad your tastes are as a whole. If you like metalcore that doesn't suck then this list isn't for you.

Without a Doubt the definitive Metalcore sound that will stand the test of time.

One of the best Metalcore albums out there, Jane Doe is a classic.

Why isn't this on the top already?

A classic Metalcore album with songs such as My Curse, This Fire Burns and Holy diver etc, easily one of the best.

Why the hell still not on the first position?

Better than In Waves, which for some reason didn't get me like this album did. I love every song on this record. Rain is my favourite track :l

Trivium again. But this album is too good to leave out of any Metalcore list.

5 The Fall of Ideals - All That Remains

Talk about the bleeding obvious. All That Remains' masterpiece is immense riff after immense riff, blast best after blast beat, incredible solo after incredible solo, and every song is more memorable than the one before. The most talented band going around. Case closed!

This album was set on repeat and cranked to 11 most of my teenaged years, still only found one other album I loved more than this

Even though they stopped making metalcore after it, what is still one of Avenged's best albums with amazing songs like I Won't See You Tonight, Unholy Confessions, Chapter Four and Second Heartbeat. I personally dislike their first metalcore album but with what they really nailed it with a perfect mix of clean and screamed vocals.

Avenged Sevenfold make great songs as well as great albums but this album is up there on any list for Metalcore albums. One of their best albums yet.

8 The Powerless Rise - As I Lay Dying

The most impressive metalcore cd of all time. Every song stands out, every word hits you right in the chest. From Matt's ridiculous drumming to JB's solos; all the riffs, the song structures and of course Jake's perfect delivery make for an unbelievably hard hitting effort. There will never be a more definitive album to showcase what metalcore "could have been" at its prime. August Burns Red are still showing us how it's supposed to be done in a mostly washed-up genre filled with clichés and dishonest musicians.

10 The End of Heartache - Killswitch Engage

Why the hell is this in 12th place?

The Contenders
11 Sempiternal - Bring Me the Horizon

12 The Poison - Bullet for My Valentine

Best Bullet For My Valentine album by far. One of the best examples of metalcore through and through.

This is truly an amazing album by one of the best, if not the best Metalcore band out there.

Greatest album of all time. Unearth is melodic and heavy at the same time. And they don't need to sing every chorus. All their albums have been good but Oncoming Storm is by far the best.

For me it's the best metalcore-album in history. It starts with a 1 minute intro leading perfectly into one of As I Lay Dying's best songs: "Nothing Left" (and it ends in a piano-play). Besides the album contains extremely awesome songs like "The Sound Of Truth", "Forsaken" (aw god that riff! ) or "An Ocean Between Us". And not only these highlights... I think all other songs are very good metalcore-songs, too. Literally like Sum41's Debut-Album-Title: "All Killer No Filler"! Some songs are heavy, some are more beautiful and calmer.
All in all the album is an impressive record with high variety and virtuosity. And in my opinion this is a perfect metalcore-album!

Although, not originally a Metalcore band, Trivium's In Waves is a great album for any Metalcore fan.

One of their first albums, Alive or Just Breathing was a stepping stone in the career of Killswitch Engage. A true masterpiece and ideal for any Metalcore fan.

19 Colors - Between the Buried and Me

21 Until Your Heart Stops - Cave In

22 All Our Gods Have Abandoned Us - Architects

25 Suicide Season - Bring Me the Horizon