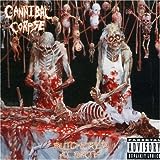 This album just makes me wanna wash my hands after I touch it. Really.

2 Dawn of the Black Hearts - Mayhem

This literally depicts a band member whom had just slit his wrists and throat followed by a blast to the head, how tf is this not No. 1?

It's the lead singer who killed himself. Gave me nightmares when I first saw it

How is this not number 1? This is the cover of a dead person for crying out loud! 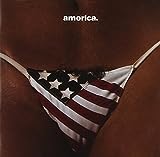 Is it because of the d**k in the background. if yes yeah that's kinda contro - NickelbackLinkinPark4Eva

Watching John Lennon naked with his wife just made me stunned. - CasinLetsGoBowling

I seriously can't believe John Lennon would do something like this.

Seeing John and Yoko getting nude on the album makes me feel sick.

12 The Beatles - Yesterday And Today

Looks like the family friendly version of Cannibal Corpse's Butchered a Birth.

What you see isn't the original cover.
The original features the Fab Four holding raw meat and dismembered doll parts (dolls look like naked babies). Band members are smiling and look happy doing this.
Not many "butcher covers" made it to stores as the original cover was later replaced with a photo of the band, which you see on this list.
Well, obviously Cannibal Corpse didn't invent the "butcher" covers... - Metal_Treasure

To be honest, it's just a dick. What's so bad about that? - SwagFlicks

17 Cannibal Corpse - Tomb of the Mutilated

Why is this controversial? - AdamDestructorJr.

I'm guessing why the reason this is on here is because there are dogs having sex on the cover, witch you have to look closer to see. - JCHOW

24 Led Zeppelin - Houses of the Holy

27 Tenacious D - Rize of the Fenix

28 P.O.D. - The Fundamental Elements of Southtown

36 Ice T - The Iceberg/freedom of Speech... Just Watch What You Say!
37 Arctic Monkeys - Whatever People Say I Am, That's What I'm Not

It's just a guy smoking a cigarette. What's so bad about that? - JCHOW

The moral majority doesn't want people to be encouraged to smoke. It's one thing to say it's bad, but it's another thing to try to erase it from existence. - Gg2000

38 Chingo Bling - They Can't Deport Us All

Oh my god, what the actual hell is that album cover?! That is so disgusting.
~Kat

41 Tenacious D - The Pick of Destiny

Even to this day, Walmart has refused to let this album be sold in their store.

This cover ruined my childhood because I saw it as a 12 year old.

49 The Number of the Beast - Iron Maiden

Why is this on here twice?

Most Controversial Comic Book Covers Ever