Biggest Contenders for the 2023 Razzie Awards

Well, the year is almost over and film season is going to start soon, so let's check out some movies that I personally think might have a big chance into becoming future candidates for the Golden Raspberry Awards of 2023.
The Top Ten
1 Morbius 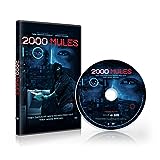 The Contenders
11 The King's Daughter

Well... This was unfortunate, originally planned for 2015 but derailed until this year by production issues, and judging by those production issues, something wrong must have happened originally by how bad the final resulta is, doesn't help that the tone is all over the place, is it a drama? A comedy? A Fantasy? Hard to know with how uncohesive the movie's tone is
Deserved Nominations:
- Worst Picture
- Worst Actor: Pierce Brosnan
- Worst Actress: Kaya Scodelario
- Worst Screen Combo: Kaya Scodelario and Pierce Brosnan, or Benjamin Walker
- Worst Prequel, Remake, Rip-Off or Sequel
- Worst Screenplay

13 Doctor Strange in the Multiverse of Madness

Remember when I said that I was hoping the razzies would leave Ana de Armas alone by her performance in Blonde and that she didn't deserve worst actress? Well... forget all that because in this movie, she and Ben Affleck had the least chemistry possible and are a very bad pair to watch together
Deserved Nominations:
- Worst Actor: Ben Affleck
- Worst Actress: Ana de Armas
- Worst Screen Combo: Ana de Armas and Ben Affleck or Jacob Elordi

This one is very tricky because most reviews were fairly positive, and it doesn't genuinely seem to have something so negative on it to be Razzie worthy, so why did I post it? Two words... Gal Gadot, her performance is unbearable, I don't know if she could or will win, but her performance alone almost damages the entire movie, thankfully the end product is not completely damaged, but poor Gal wasn't in her element while doing this
Deserved Nominations:
- Worst Actress: Gal Gadot