This movies were in the movie theaters, on T.V., or straight to DVD.
The Top Ten
1 The Last Airbender

Yes, yes, and yes. I honestly think that not only is this the worst movie from Nickelodeon, it's also the worst movie in history. At least Twilight was already bad to begin with and didn't ruin my favorite T.V. show of all time.

Besides the fact that they butchered aangs name, used the name kya instead of katara, and just made zuko look sunburned, it was okay

Jesus Christ, Shyamalan, What the hell were you thinking!?

An insult to Avatar: The Last Airbender

It sucks, that's the voice you hooked

It's a Fred movie. That's all you really need to know. In the beginning, it shows him stalking his neighbor, he goes on a long quest and just screams at the top of his lungs. Most of the humor is for 6 year olds. But then again, that IS the demographic! Halfway through we get him barfing over and over too. That's exactly what you want to see in a movie! I swear, it's like the scene was directed by Adam sandler

Who asked for this movie... WHO ASKED FOR IT?!

This could be put as the Fred movie trilogy, which deserves a 0/10 (I am speaking for the whole Fred franchise). - Kieran Stark aka The Ultimate Daredevil

Michael bay messes up all his movies by casting people such as Megan Fox and others, like Nicole peltz, who just so happened to ruin last airbender

WOW! NOt suprised. I haven't seen this show not even 1 episode but I'M GLAD I DIDN'T. SOUNDS BAD

What kind of name is Camp IWANNAPEEPEE?! That's the worst name ever!

This IS extremely bad, but I have to say the "This is for the losers" song near the end is pretty catchy. (And back in 2012 as an idiot child, at the time I loved the film. )

Man this was BAD - Grumpybob

5 Fred 2: Night of the Living Fred

Do I have to tell you why - Grumpybob

Living Fred should be dead

This should be higher than the original. - Cesium

When I watched it is was like WOW. Drake Bell GET A LIFE - Grumpybob

This movie messes up what The FairlyOddParents has always been.

Timmy randomly starts loving Tootie, though he tried to run away from her in the past episodes.

And the worst one

Timmy becomes a fairy and yet they made newer normal episodes

I always hate The Fairly odd movies because the directors have missing the plot and the big picture of the show 'The Fairly Oddparents'. First of all, Timmy has been his school for 13 years and still in fifth grade! And not only that, he is way older than his friends and classmates.
But the biggest thing messed up was the actors, I mean Timmy, his parents and the rest of the characters were alright. But Tootie didn't resemble as herself in the show including Vicky because her voice sounded like an old lady. Her hair and clothing didn't resemble as much as herself in the show. But on the other hand, those movies were fairly okay. I would rate it 1/10 for that credit.

It was cute but not funny - Grumpybob

What this the best movie based of a book ever!

What, I mean this movie is great, haters! 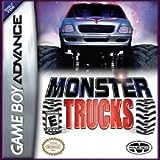 Go see Andre "Black Nerd"'s review on Monster Trucks to see how much agony you will be forced to go through if you watch this movie. What do you expect from Nickelodeon. They make excuses out of the fact that they are enslaved by Viacom, unlike Paramount, its sister company.

I will never watch this movie. It looks disgusting and stupid.

This movie is super gross. Paramount and Nickelodeon are going to suck more. - ShopkinsLover

You put a picture of a monster trucks video game.

Since when does Vicky say "Mama"? - kcianciulli

I used to like this movie when I first saw it, but looking back now, it just sucks. This movie was probably Ajit Pai's idea. - kcianciulli

12 The Boy Who Cried Werewolf

Are you seriously treating your strong opinion on The Boy Who Cried Werewolf like a true fact?! This looks very intriguing and annoyingly stereotypical toward teenage romance at the same time.

This is a great movie

This movie is amazing, how could anyone not like it!?

I liked this movie - jameshoward

Formerly, Rango was one of my favorite movies of all time because of the Old West atmosphere, originality and Johnny Depp. Nowadays, I would review Rango like AniMat does.

Terrible movie!
Should go in the top 5

I liked this movie

15 The Naked Brothers Band: The Movie

GET THE HELL OUT, NAT WOLFF! WHY ARE TEENAGERS INTO ADULT CONTENT THESE DAYS?!

This movie literally had stronger had swear words such as "boobies", "dick", "Jesus" and " c*** ". Strongest language I've ever heard in a little kids' film. Wow, Nickelodeon. You need to be sued big time. And the one-dimensional characters (more like real people acting fake). As much as I hate Nickelodeon, please put this in this top 5s.

Oh my god this movie was horrible. They tried so hard to make it gothic it got fake. The humour was in poor taste and don't even get me started on count olaf. I know he's an eccentric character but his actor was so over the top and corny. He was like an entertainer off cbeebies.

It the best movie

Ariana Grande is being a snobby priss again. Need I say more?

This movie is super stupid and annoying. It should be at the top of the list.

It's Nickelodeon. Don't expect severe originality or a lack of teen stereotypes.

WHAT the Sponge Out Of Water should be above this. The old one (The one from seasons 1-3) was one of the best movies I've seen in my life.

It's only here because after it was released, the original creator retired and the show went downhill.

Why is this here? You're ignored haters! This movie is great!

What a sexist, empty, kiddy movie. Terry the Tomboy deserves an F. I am not surprised that Nickelodeon made this and stole this from Awesomeness T.V..

Because it's made by Dan Schneider and Nickelodeon, of course iPWV would be ultimately killed by the catfight of those insufferable idiots Carly and Tori having a catfight for a guy's heart! But is that what good guys are for? Hell no!

Yeah not the best movie in the world

I personally think this movie isn't even bad, I watched it and enjoyed it.

25 The SpongeBob SquarePants Movie: Sponge Out of Water

... Or more like Sponge out of a Depressingly Extended Episode.

Anyways, I put this movie on here because it's essentially just an Extended Episode of a regular SpongeBob episode. The Plot apparently involves a Pirate named Burger Beard (Real Original, New Writers. ) who wants to use a Magical Book (Which has the entire SpongeBob plot) written in it to steal the Krabby Patty Formula for himself. When he does, SpongeBob and his Friends go onto the land (Rendered in Horrible CGI Animation) to go get the Formula.

At the first part where SpongeBob begins to sing, I skipped through the entire sequence before taking an aspirin. SpongeBob's voice is still as annoying as ever.

The plot twists and turns many times in the movie, resulting in a jumbled and random mess of a plot.

The Movie is also really awkwardly sexual in some places. I guess maybe the new writers tried to copy the old writers, but didn't do it right.

The ending really made me cringe. Plankton ...more

Burger Beard is one of the most ridiculous villains in cinema history...

Well we have Stephen Hillenburg back on the show

Just watched it and at some parts I felt like I was on lsd and others speed.
overall a major letdown.