Edna Mode is a fictional character from Pixar's Incredibles Franchise. She is a well-known suit designer for super heroes of all kind. She has a slightly spunky attitude and firmly believes that your costume should be powerful, while still looking good.

This is my personal favourite character in the movie. Why? Because she is funny, with a masterpiece lines. Some of people "My god you've gotten fat" and "NO CAPES! "-The scenes with her were some of my favourites in the movie. I just also loved seeing her interact with other characters. Brad Bird gives the performance in the whole movie and he deserves a Pixar medal of honour for it. - iliekpiez

Dory is a major character from the film, Finding Nemo and its sequel, Finding Dory. She is a blue tang known for her short-term memory loss and tends to forget almost everything, even the fish that she knows personally. This makes the mission to find Nemo even more difficult for Marlin.

Ellen DeGeneres did such a great job, and you could tell she was loving every single second of playing the character. This character had great lines, good interactions with Marlin-you could tell that really enjoyed each other's companies and in the sequel, was we actually learn she was kind of a tragic character. - iliekpiez 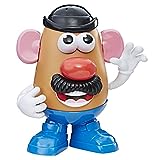 Samuel L Jackson gives a wonderful performance and just like this character. I really like the scene with his super suit, and the style he gives his character is just incredible! This is a side character, who just cannot find annoying at all! He is a very entraining and awesome character. - iliekpiez

In this movie, while I find most of the other characters bland, the circus bugs truly are the strong point of the film. Of all the circus bugs, I have to go with the duo Tuck and Roll. I really like their language, I do not even know what it is! It is also very funny when they realise they are not going to be soldiers is very funny. I also really enjoy their slapstick and what they do in the movie with that as a whole. Some very underrated characters. - iliekpiez

I count all the other three emotions (Disgust, Anger, Fear) as side characters, even though they are crucial to the story, Even though are all great characters, I think I like the character of Anger the most out of any of them. I really like his fiery personality and just how likeable he is, and his comedy is very funny. - iliekpiez

I find her voice to be incredibly amusing, and her perpetually annoyed personality to make her to be an entertaining character. - kempokid

This is a very funny character. I really like just how unhappy she is and how she reacts to everything in a very depressing way. I really like her voice and her facial expressions. I also love how she says Mike's last name as though she is dreading his presence. Very entraining character. - iliekpiez

Dug is one of the two tritagonists of Disney/Pixar's 2009 film, Up. He also appears in Dug's Special Mission as the protagonist and in George & A.J. as a minor character.

Hamm is a supporting character in the Toy Story franchise. He is a wisecracking plastic piggy bank with a cork in his belly.

One of my personal favourite Toy Story characters, I always really enjoyed this character.. I really enjoyed just how logical and his voice actor (John Ratzenburger) did a very good job of playing the character. I just adored how he also treated Rex, he was really very grumpy. - iliekpiez

Disgust is a major character in the 2015 Disney/Pixar film, Inside Out. She is one of the five emotions inside the mind of Riley Andersen.

"Fish are friends, not food" This has got to be one of most underrated Pixar side characters.I really like how he just tries to resist the temptation of eating the fish, and how he interacts with other characters and how he just tries, but fails in the end as he quite obviously thinks that fish are delicious and therefore cannot resist the temptation of eating them. - iliekpiez

He’s so awesome, I love this guy.